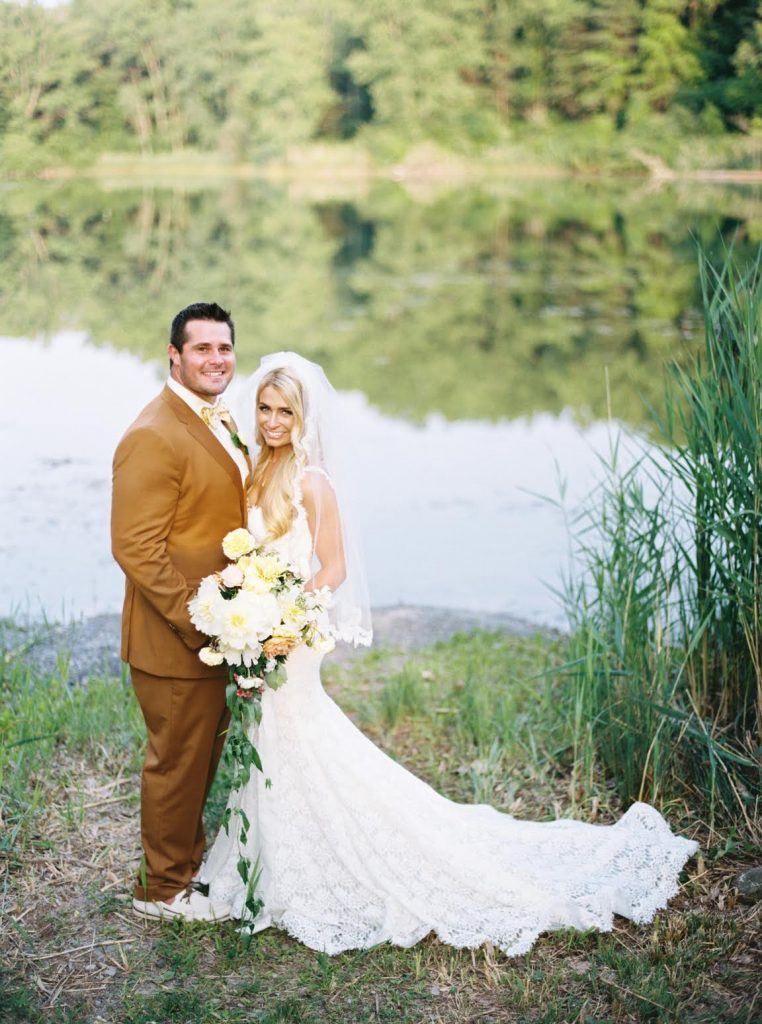 Down to Earth, gorgeous, ambitious, genuine; ½ of a dynamic duo is Katie Levitre; former sideline reporter, Bills cheerleader and wife of Andy Levitre, offensive lineman for the Atlanta Falcons.  If you haven’t met Katie, then you are in for a real treat as we chatted about everything from how she met her husband (“love at 2nd sight”) to what she is passionate about (hint, her family and empowering other NFL WAGS).

What #hashtag describes you best?

"A large percentage of us don’t work outside of the home because of how much we move, so we don’t have something outside of marriage and children to call our own. I am definitely lucky that Andy always goes out of his way to make sure I am comfortable and made to feel just as important as he is, regardless of the situation. Having someone like him as my husband can make this hard transition a lot easier. I have always been a career driven, independent woman and Andy still treats me like one." Katie Levitre

Who is Katie?  Where are you originally from and how did you get to where are now? 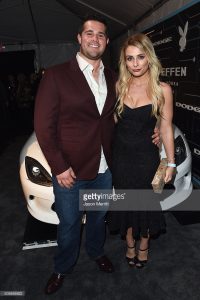 I was born and raised in Buffalo, New York.  Since I was a little girl I knew I wanted to be a journalist, specifically a broadcast journalist.  I am passionate about writing and speaking and have always been comfortable performing in front of large groups of people.  I graduated #1 in my journalism class from Buffalo State College and immediately pursued my career.  I started with an internship at the local NBC station then freelanced for an entertainment website run by the Buffalo News.  I moved on to sideline reporting for Time Warner Sports for a year.  In early 2013 I was up for a full-time reporting job at one of the top 3 news stations at the same time Andy was ready to move back to California for his first off-season as a free agent.   When he asked me to move with him, I had to make a decision that I knew would affect the rest of my life.  I was deciding between love and my career.   I knew the NFL lifestyle wouldn’t be conducive to my life as a journalist.  In the end I know I made the right decision by choosing Andy.  It’s easy to think about what life could have been if I had chosen to follow my dreams, but no part of me regrets my decision.  If I had to do it all again, I would choose love every time.

Andy and I met at a children’s toy drive hosted by the Buffalo Bills.  It was his rookie year playing Left Guard for the Bills and my rookie year as a Buffalo Bills cheerleader.   We spoke briefly at the event but there was no romantic spark (and thank God, or I would have been kicked off the squad!).   Two years after we met, he walked into the bar I was bartending at in college and we both got that butterflies in the tummy, hearts in the eyes feeling.  We think of it like love at second sight.  There is something so beautiful about timing.  We were both in such a stable place when we met the second time around, it was almost as if fate wanted us to wait a little while to really find our soul mate.

Tell us about your day to day?

I am a big spin fan!  They have a great place in Atlanta here called Flywheel and the instructors are amazing.  I finally understand what people mean when they say they get “addicted” to a workout.  After spin, I run a lot of errands and take care of our house(s).   I am a dedicated mommy to two French Bulldogs and as anyone with a Frenchie knows, they are quite high maintenance!   I also love to cook, which you can imagine is quite enticing to an Offensive Lineman! ;)

What’s your game plan when adjusting to a new city?

I am in the process of trying to downsize everything!  Andy and I have lived in 4 states in the past 3 years.  My usual game plan was to pack 3,000 bags and hope I had enough.  But now I am trying to get rid of things I don’t need so I can alleviate some stress when we go back and forth to our home in California during the off-season.  When it comes to making new friends and feeling at home in a new city, it definitively isn’t always easy.  Each football city has been totally different for us.  I remember my first year dating Andy in Buffalo, some of the veteran’s wives told me that they don’t give new girls or girlfriends the time of day because they don’t know whether they’re going to be around for long.  I remember thinking how sad that was! But, now I sort of get it.  I will ALWAYS be welcoming and kind to new people but it can be so hard to find friends that you absolutely love only to have one of you leave the next year.   In a sense it’s like starting your social life over from scratch every year, not to mention if you’re like us and live in another state in the off-season.   Sometimes you just have to take it one day at a time and do your best to make this crazy life feel normal.   I’ve been blessed to meet some really incredible people along the way. 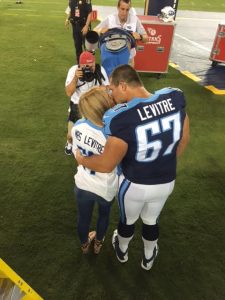 I think when some people find out you’re married to a man in the NFL they automatically think your husband must be cheating or constantly followed around by women.  It may be true for a small portion of the league but for the majority of us- that is definitely not the case. To be honest, its not the women at all- it’s the grown men that are big football fans!! Haha! I joke that I could be standing next to Andy naked and if a guy finds out he plays football they wouldn’t even notice me!  In all seriousness though, it can be easy to feel like you’ve lost a big part of your identity.  A large percentage of us don’t work outside of the home because of how much we move, so we don’t have something outside of marriage and children to call our own.   I am definitely lucky that Andy always goes out of his way to make sure I am comfortable and made to feel just as important as he is, regardless of the situation.  Having someone like him as my husband can make this hard transition a lot easier.  I have always been a career driven, independent woman and Andy still treats me like one. 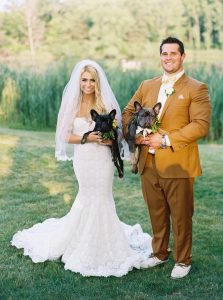 My family is my greatest love.  I love being a wife, a dog mom, a daughter, sister & daughter-in-law. There is nothing more important to me than the people who surround me.  Something else I’ve been passionate about lately is giving not only myself, but also every woman in the NFL a chance to stand on her own.    I want to be known as Katie Levitre, not “Andy’s Levitre’s wife” or “the football player’s wife” and I know other women feel the same.   Solely identifying as someone’s wife or someone’s mother is not AT ALL a bad thing, but I want to give women a chance to have something outside of the home to call their own if that is what they want.   People outside of professional sports don’t understand that its not glitz and glam; women have to leave their families, friends, homes and careers to support their significant others.   In every city and on every team we’ve been on at least 5 women have told me that they wish they could work but “no one wants to hire someone for 5 months of the year.”  So, I’m making moves to try to change that.  I recently spoke with someone from the NFLPA about helping women find companies that would be interested in hiring us in the cities we live in during the season.  After all, we are a league full of intelligent, hardworking and mature women!

Tell us about your babies, the bulldogs!

Awww, my babies! They are amazing!  I got Titan right after Andy got signed with Tennessee, hence the name.  We had to find a dog that could travel in a plane with us and Andy and I both didn’t want anything too fluffy.  We were deciding between a French Bulldog and a Pug- until we heard that pugs eyes can pop out when they get too excited!  We found Titan (who is blue with tan paws and a white chest) in Dallas.  Four months later, I had puppy fever all over again and Andy surprised me for Christmas with a little black and tan Frenchie puppy.  I always wanted to name a little girl Olive, but Andy wasn’t in to naming a human baby after a food- haha! So, my little black puppy became my Olive.  They are my only children for now and I spoil them accordingly!

Love it!  Now for something a little less rigorous; a fun question for you:

What do you do in your home that no one else can do?  Lights, Camera, Action!