Meet Meg Haney, high school sweetheart and current fiancee to recent NFL draft pick and The University of Oklahoma's All-time leading running back, Samaje Perine. I first found out about Meg and Samaje through a fellow NFL WAG who tagged me in this super cute Instagram post of a college football player proposing to his girlfriend (See "Football Superstar Magically Proposes To Girlfriend" video below). The proposal went viral, as most unique, surprising, and/or funny footage caught on tape does these days. I reached out to Meg to discover more about the two college lovebirds in the video, and most importantly, about the woman beside the man entering the 2017 NFL Draft. 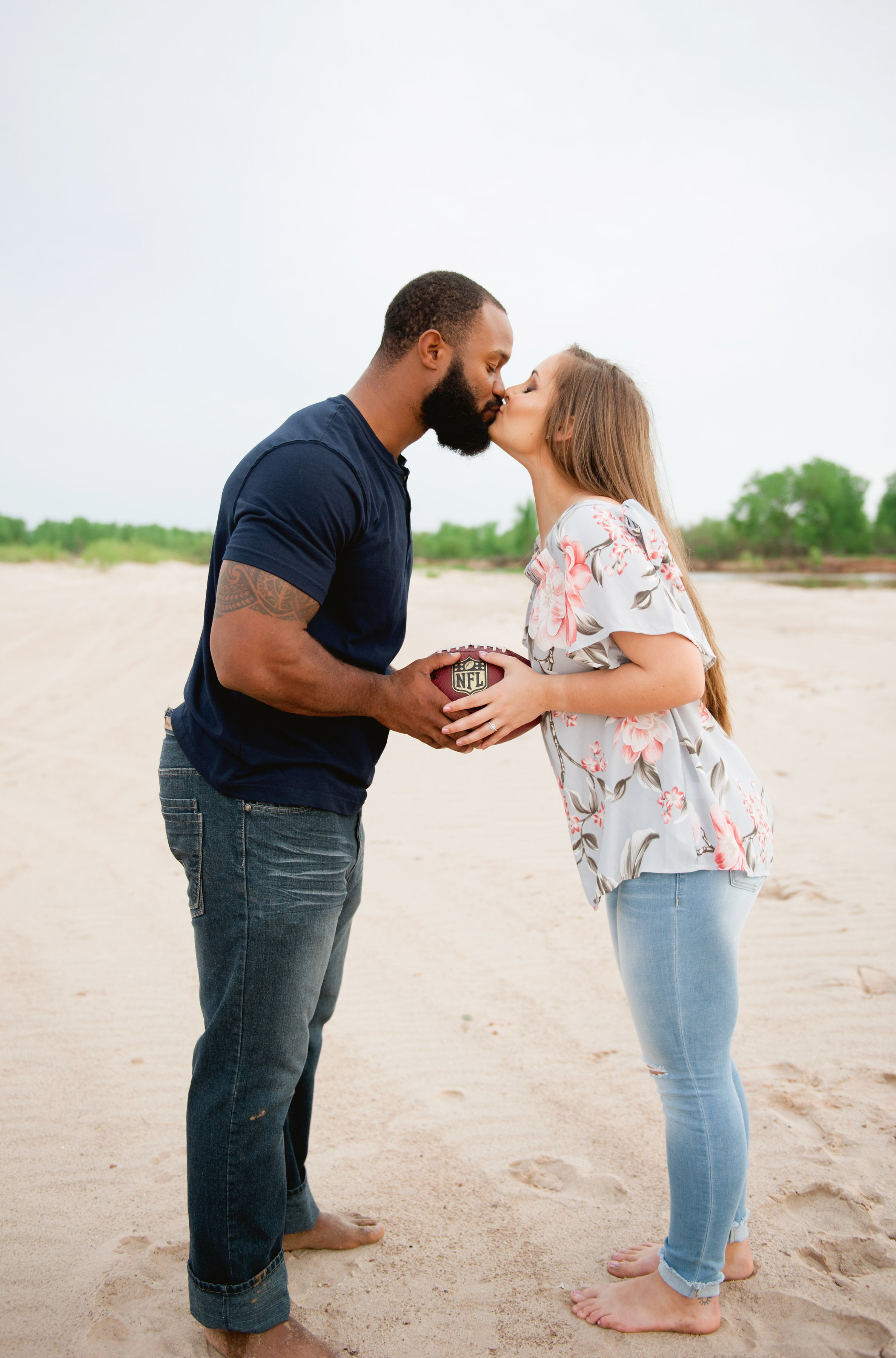 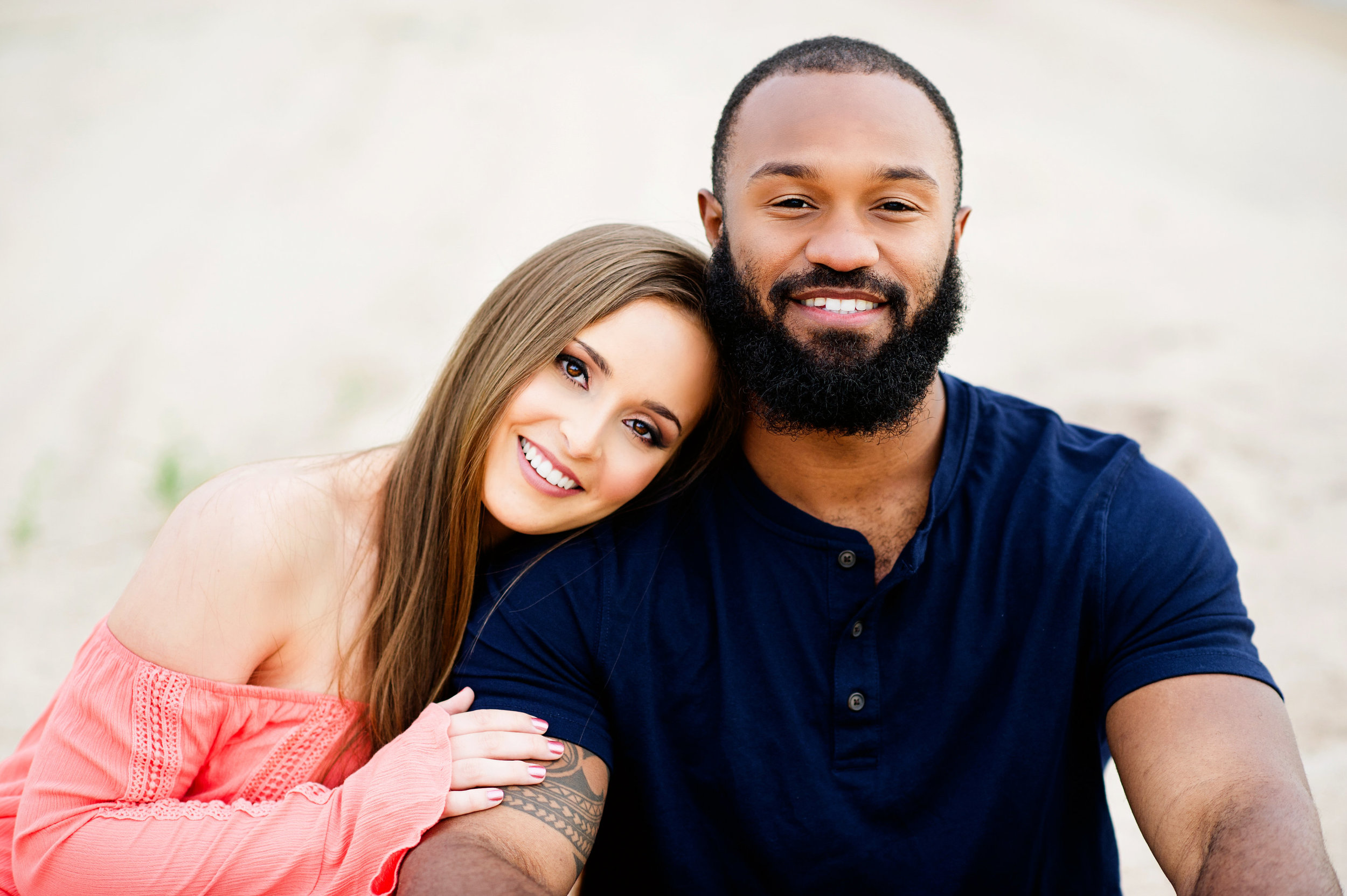 College: The University of Oklahoma

Where are you from originally?

I was born and raised in Pflugerville, Texas. It’s about 20 to 30 minutes north of Austin. Samaje and I met in high school.

How did you end up at Oklahoma?

My dad is from Oklahoma so I was always an OU fan growing up. I got a lot of slack for that since Oklahoma is a big rival school of Texas.  After high school, I attended Texas A&M on a full scholarship but hated it. Samaje received a full ride to OU. I ended up transferring to OU for my sophomore year and I graduate this year! 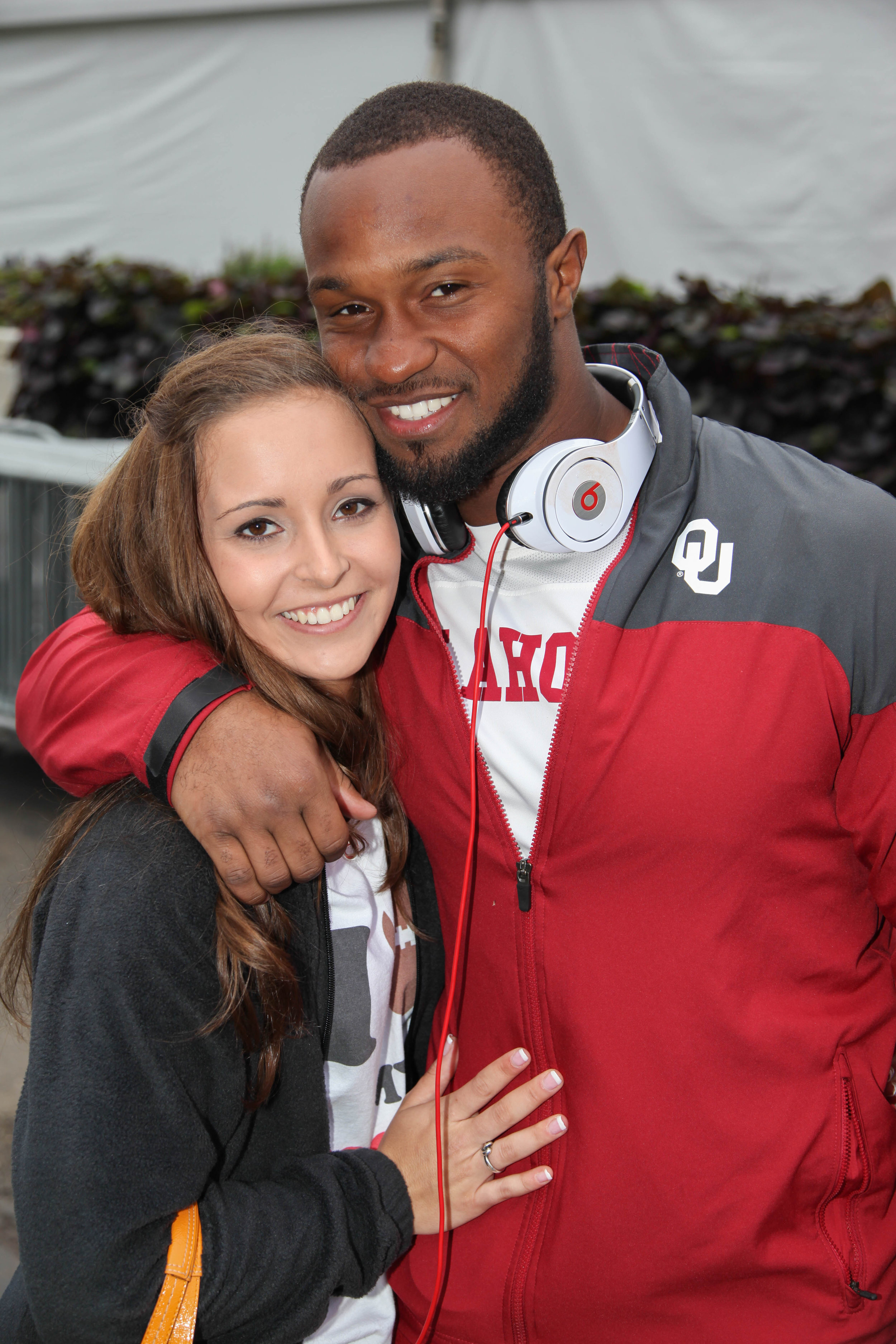 Did your dislike of Texas A&M have anything to do with your long distance relationship?

Yeah, I’d say that was part of it but it was more than just not being able to see Samaje everyday. I didn’t really like the culture there, the school was too big, I felt like I couldn’t connect with anyone. There were several reasons I transferred.

I see you are a Finance major. What is your dream job or career?

My dream job is to own my own bakery one day. I want to go to culinary school eventually. But right now, the plan is to get my Master’s in Accounting and become a CPA.

That’s so great! But numbers and pastries? Explain the connection!

Samaje and I have talked frequently about life after the NFL and what we want to do. I’m very business-minded. I worked at a credit union during high school. I enjoy baking and food so a bakery is one of the businesses we want to have when he’s done playing.

**I applaud you two for speaking about post-NFL life already! My husband just retired and it comes around quick!**

So tell me, how did you two meet? What’s your love story?

This is a funny story. We became friends our freshman year of high school. Samaje doesn’t believe me, but I liked him all through freshman year. He kept to himself and didn’t hang out with a lot of people, though, so I didn’t have the chance to get to know him really well at the time. Before sophomore year we started texting and got a little closer. One weekend, he had a football game on Friday night and we had a mutual friend’s birthday party that Saturday, so he told me, “If I score a touchdown, I’m going to ask you out. If I score two, you have to say yes.” You can tell we were 15 at the time! LOL He ended up scoring two touchdowns that game. We went to the friend’s party the next day, had our first kiss, and he texted me afterwards saying, “you’re my girlfriend now.” For the people who know him, that’s so him.

Describe a day in your life currently.

Right now it’s pretty boring. I have classes Tuesdays and Thursdays and usually go to work after that. Samaje’s had some time off so we’ve been able to workout together, then we usually just come home and take care of our puppy. 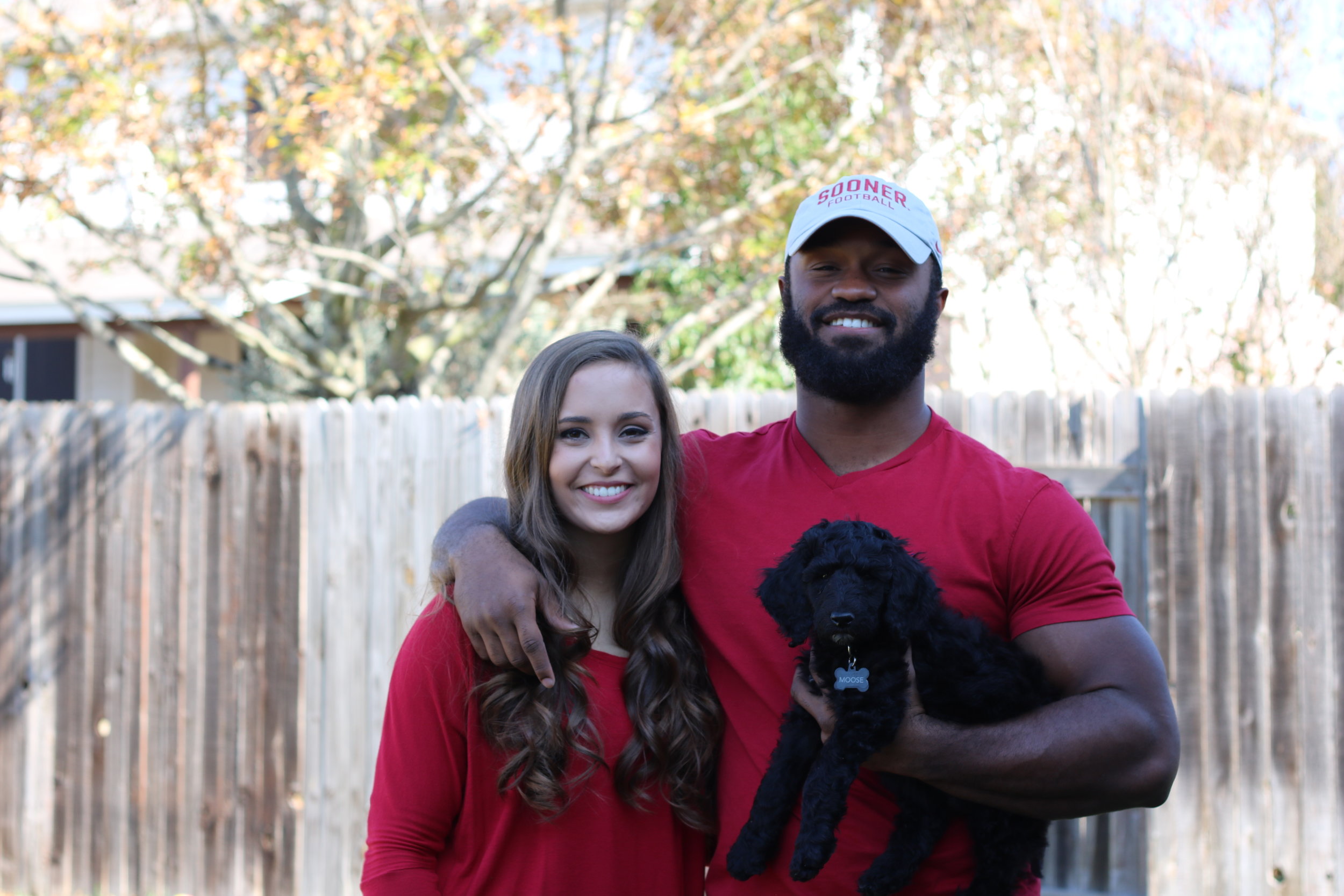 Where are you working right now?

I’m an equipment manager for the OU women’s soccer team. I do laundry, handle uniforms, work with the coaches, etc. I specifically told them I don’t want to travel, so I stay in Norman, because their season is the same time as football season. Can’t have that!

Congratulations on your recent engagement! Samaje said of the viral video, “Now, everyone knows who I am from that video and not from football.” Walk us through that day and what you were feeling during the proposal.

Thank you! That was our Valentine’s Day celebration. He was in Cali for a few months training. I had been hinting about engagement for a while, just making jokes. I thought it might happen that weekend, so I bought a nice dress, because I knew we’d at least go to a nice dinner at some point. When he told me we were going to a magic show I thought, “Probably not my first choice for things to do today, but I guess I’ll go.” He hinted, “Are you going to wear that?” when I was wearing shorts and a t-shirt, so I changed into some jeans and a nicer shirt, but I still didn’t put much effort into my looks, because I knew it was a more casual thing. I was so surprised when it happened, but told him I wished he would’ve made me do my hair. I was super impressed because he’s very quiet and not usually Mr. Romance so it was a big deal!

Have you received any comments about being engaged at a young age? You’re both 21, correct?

Yes! Our birthdays are one day apart! But no, we haven’t received those types of comments. Most people who know us know we’re really old souls. We usually get – “Well, it’s pretty much a formality at this point” and “It’s about time!” –comments like that.

Do you have any fears about your fiancé playing professional football? If so, what are they?

I think the biggest fear for me right now is hearing about the brain injuries and what can happen as life goes on. It’s worrisome in general that football is such a physical sport and anything can happen at any time.

Did you do anything special for Draft Day?

His parents had a watch party at their house and both of our families and friends who live close by came. Samaje usually likes to keep things pretty small. We ate food, hung out and watched the draft. He actually didn’t really watch it. He was just waiting on the call. Editor’s Note: Samaje Perine was the 114th overall pick in the 2017 NFL Draft.

How has your life changed since the NFL Draft? Have you and him had any tough discussions since?

We were prepared for most of it because we’ve been talking about what’s life gonna be like after the draft. He leaves next Thursday, two days before my graduation, so he’ll miss it. I’m kinda sad about that, but I always knew that was a possibility. We’re approaching this season like Washington will be our temporary home so we’re looking at apartments in Virginia, and then we’re also looking for a permanent home here in Norman (Oklahoma).

What would you ask a veteran WAG? Is there anything you would like to know or want assistance with?

Probably just the best way to get involved wherever you’re at. I don’t know that I’ll be able to hold down a job going back and forth from state to state. I think that’s been the biggest question. I’m also good friends with another rookie's girlfriend and the job situation is something we talk about often. 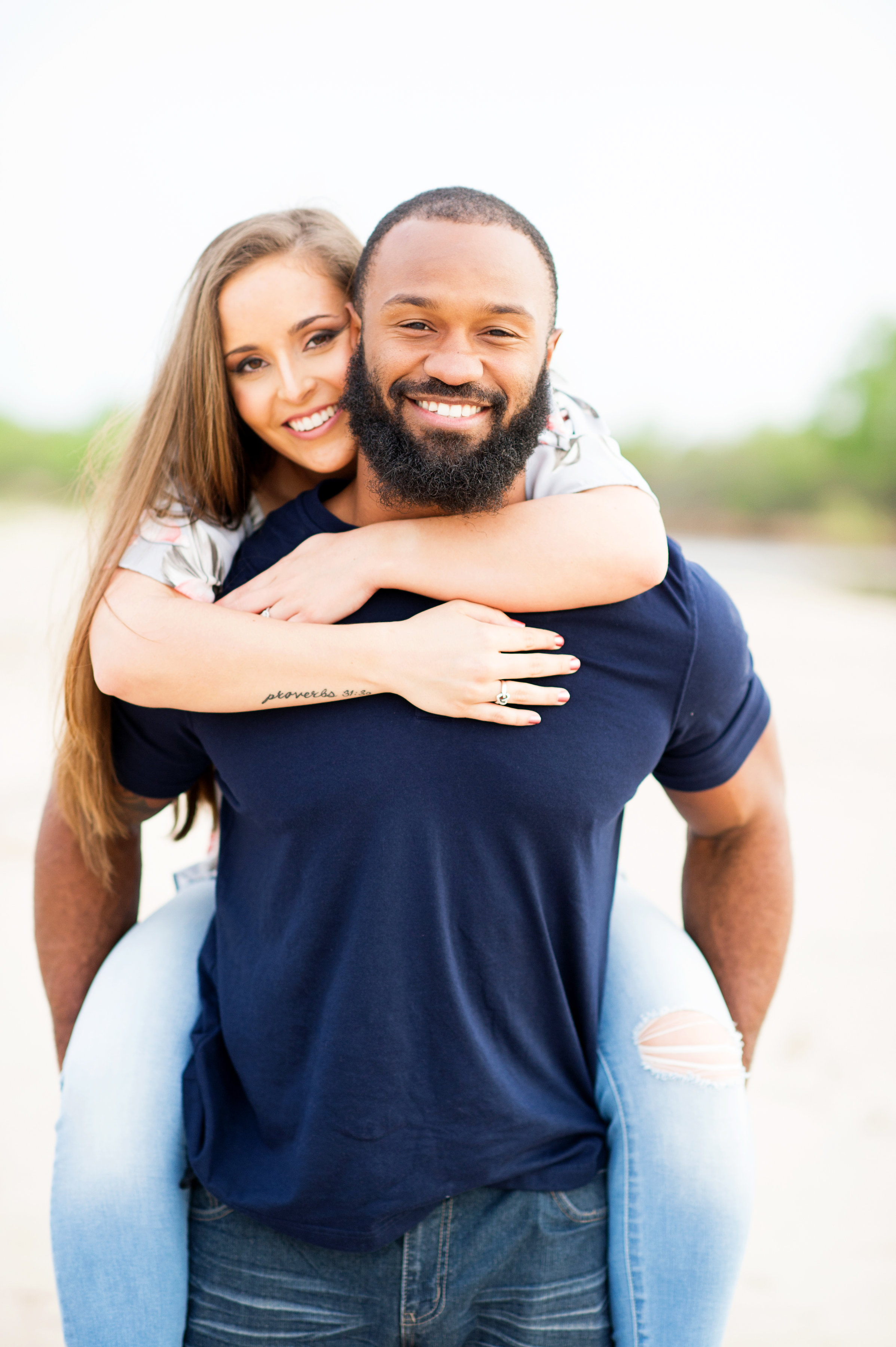