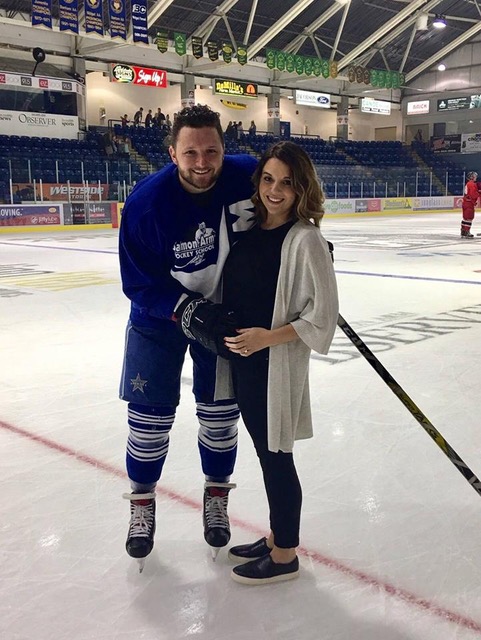 Starting in mid-September, our life starts to be a little more scheduled and we have very little room for "free time." We all know that October is when the holidays hit or the start of fall/winter weddings and we love being invited to all of our friends' events. However, as excited as we may be for you or would love to come to your holiday party..... we honestly can't. I'll explain why:

When you look at the publicized hockey season schedule online, all you see are the weekend scheduled games. Sometimes we have a game on Sundays or a random Tuesday or Thursday here and there. So basically, if you ask us to do something on a game day or any weekend... unless it's after the game, we just can't come.

But what about morning until game time??

Valid question. On game days, most teams have a game day morning skate which usually takes up our morning all the way up to lunch time. And as awesome as it would be for me to get to ride to the games with him, he hops in a car pool around 4 PM to head to the rink to get ready for the game. What do we do between noon and four? Riley takes a pre game nap (yeah, I know, but it's necessary) and makes his usual pre-game meal and spends a little time with me before heading off for the game. I'll see him only after the game, with hopes they don't have some auction or event that takes up another 1 to 2 hours after the game. Dinner ends up being at 11 PM at a pub plus whatever the team's boosters provide for them after the game (or pizza in our sweatpants winding down to some netflix).

So what about Sundays?

Sundays are our God send.... unless it's the day after an away game. And unless the team flies (where we were last year in the SPHL.. planes don't exist), Sunday is the last leg of a travel night where I'll pick him up around noon, or just recovering from a 9-14 hour bus trip. If you're in town, this is usually the only day we can really do anything.

So Sunday through Thursday you could travel to see us?

As much as I wish Riley only had to work on game days.. this is far from our reality. With the occasional Monday exception after a 3 game weekend where they MIGHT get the day off (we don't know until the coach makes that decision, sometimes it's right after the games, sometimes it's super last minute... like 11 PM on Sunday) they have practice every single morning. He'll leave after breakfast and be back by lunch, then afternoons they have team lifts, appearances, and whatever else may be thrown their way. Before away game weekends, Thursday is a travel day. 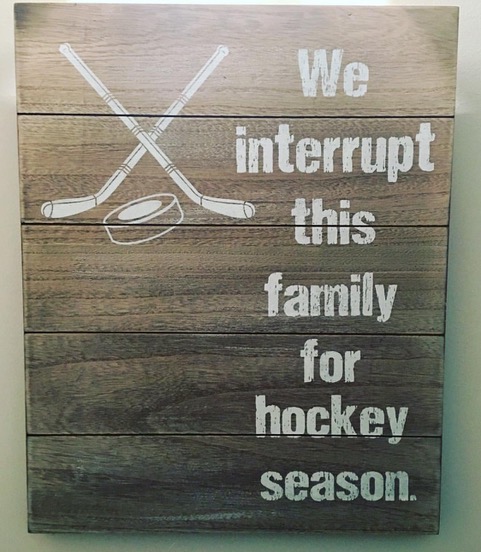 So what about holidays?

The players get about two to three days off for Christmas, and the day off for Thanksgiving (we're excited this year cause Riley's birthday falls on Thanksgiving). Last year we visited my mom for the weekend we got off for Christmas (doesn't always fall on a weekend sadly) and we got engaged! haha. It's the only two days of the season that we get to really plan something for us. This year I'll be focused on keeping a baby in me for a few extra days during Christmas so it has a good "sports birthday" ... apparently I have to keep it in until January (if you feel for me, let me know). If we could travel to see you, we'd have to be back for Riley's practice the day after in the morning. So half of a day would go to travel.

So can he request a weekend off?

This. This. This. NOPE. There's no asking off. You're either playing or a healthy scratch or on the IR which you still go to games (and if you "ask off"... the odds are you'll be a healthy scratch lollll). Obviously, serious occasions like the birth of a child, a passing of a family member, or family emergencies get a pass. The teams are actually extremely accommodating for those types of occasions. But if our best friends are getting married... I'm likely to show up sans Riley.

I hope this kind of explains to some people that we aren't making excuses to every scenario you come up with to hang out with us. We most definitely are not avoiding you, and we'd be happy to have you come stay with us and leave you tickets for games to spend just a tad bit of time with us. SERIOUSLY, do it, so I can have a social life.

These are the reasons that the other wives and girlfriends, and all of his teammates become family to us. They're the only people who truly understand our entire situation. While this lifestyle gives us SO many blessings, experiences, and opportunities- this is the hard part. We hate missing our friends' baby showers, engagement parties, weddings, grandma's birthdays, and just the usual weekend date nights - and we apologize for it but I hope all the insight I just gave you gives you a good reason why and keeps you guys loving us and in our lives. We'd hate to let a bit of distance and some no's destroy any of our relationships. We love you still and we'd love to be given your registry information for any event so that we can still be a little part of your life somehow.