By: Alexis Allen of {SHE}

Cake tasting is an essential part of the wedding process. Though this part is very important (and also extremely yummy), you’ll have to consider cake designs that flow with your wedding’s motif. Wedding cakes are no longer just a formality with your hubby. They are now such a critical piece to the design element! It’s no secret that brides love to focus on the overall décor of the ceremony + reception, but your cake should be a focal point too! Adding in another design element can be overwhelming - but most pastry chefs are true artists! They can create edible masterpieces that will surpass your imagination + expectations!

Today, there are so man fun ways to make your wedding cake chic + stylish. You might consider adding fresh blooms to your confection or maybe a hanging upside-down chandelier cake! You might even wow the room with a colorful deckled edge cake or even a hexagonal three-tiered marble fondant covered cake! Not only will your guests love the taste of a rich + flavorful cake, but they will also admire + appreciate the aspect of design + details! Don’t neglect your wedding cake! Give the room something to talk about!

{SHE} loves a visually stunning wedding cake! See some of our fave Real Wedding cakes below! Caution - Don’t scroll on an empty stomach! 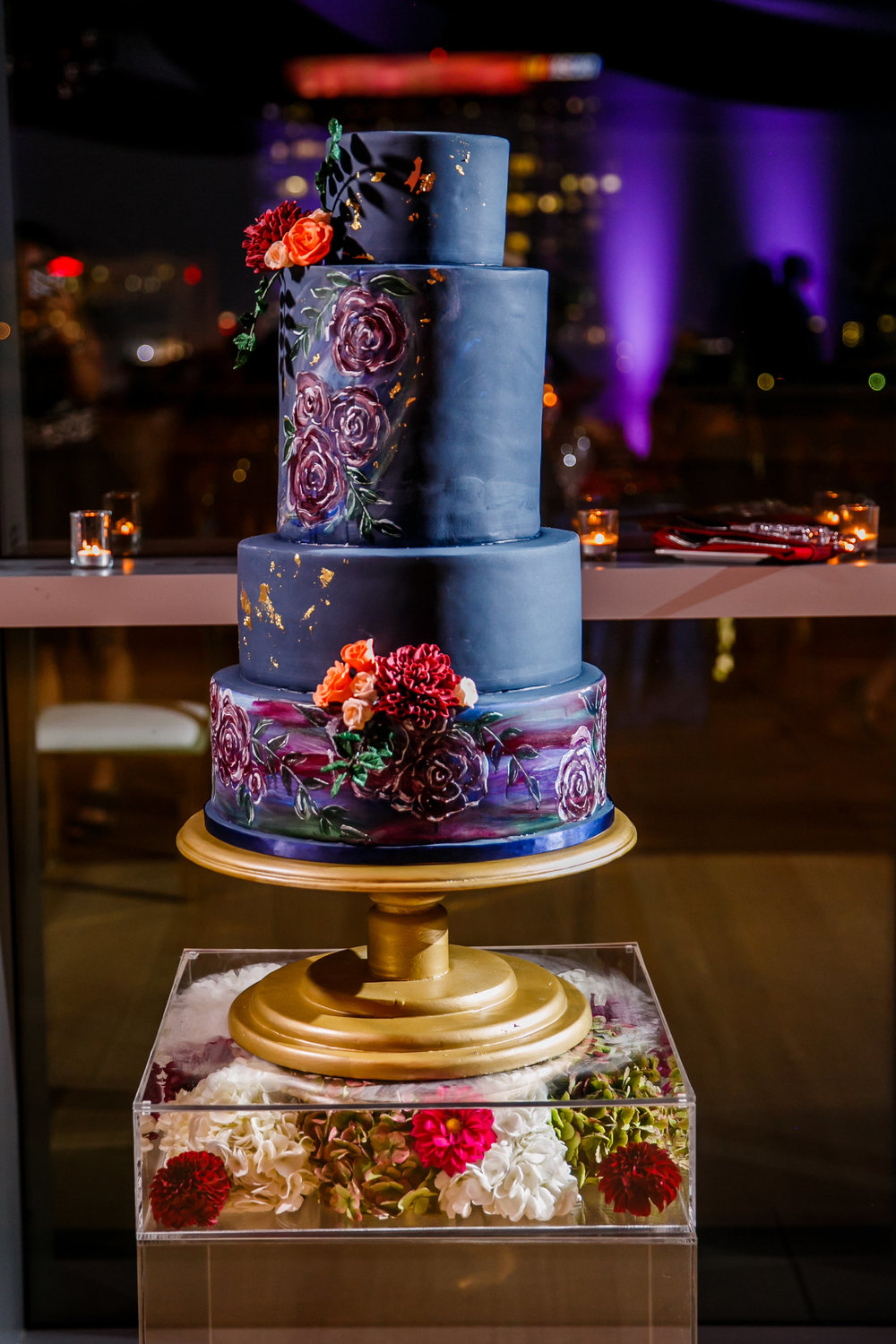 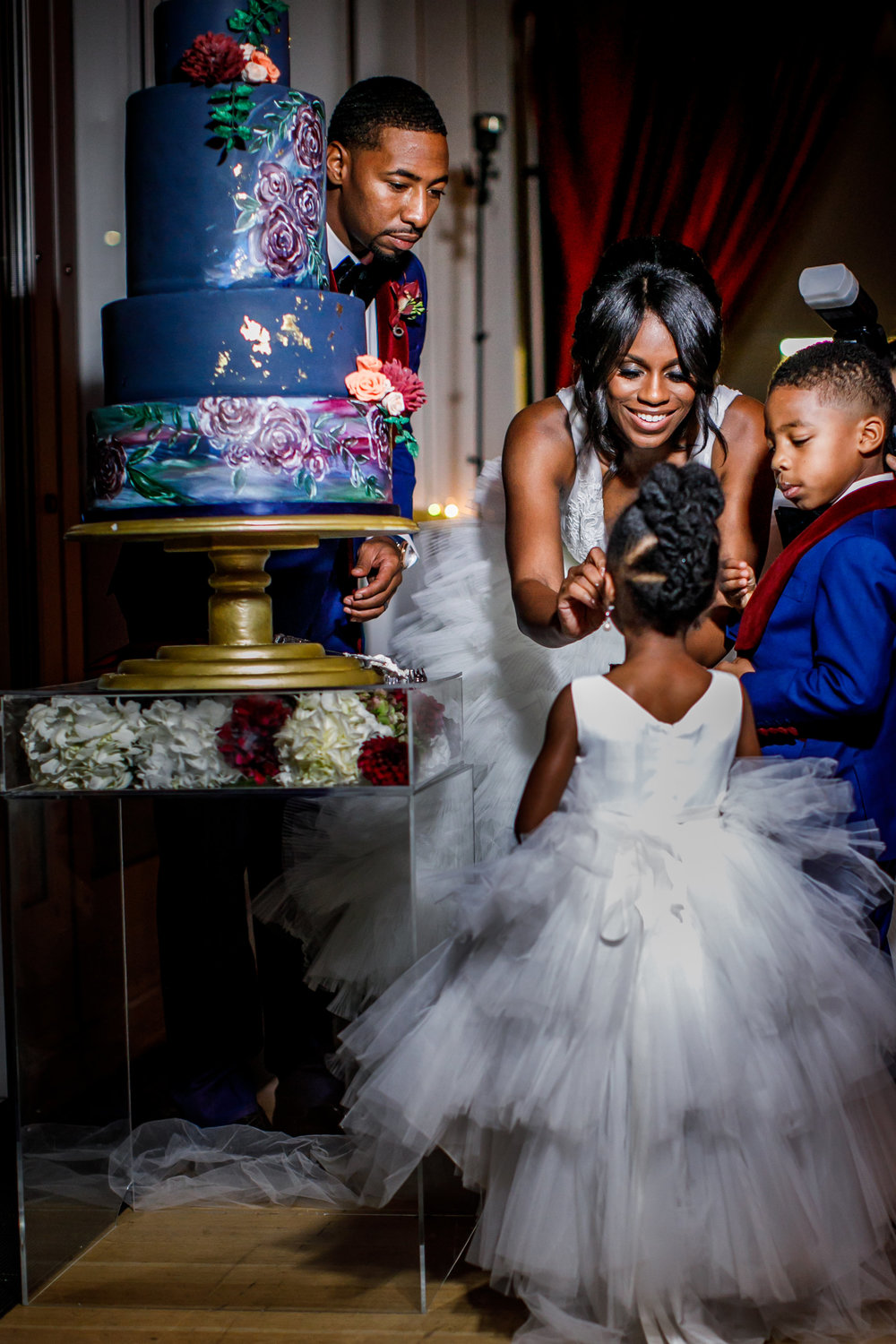 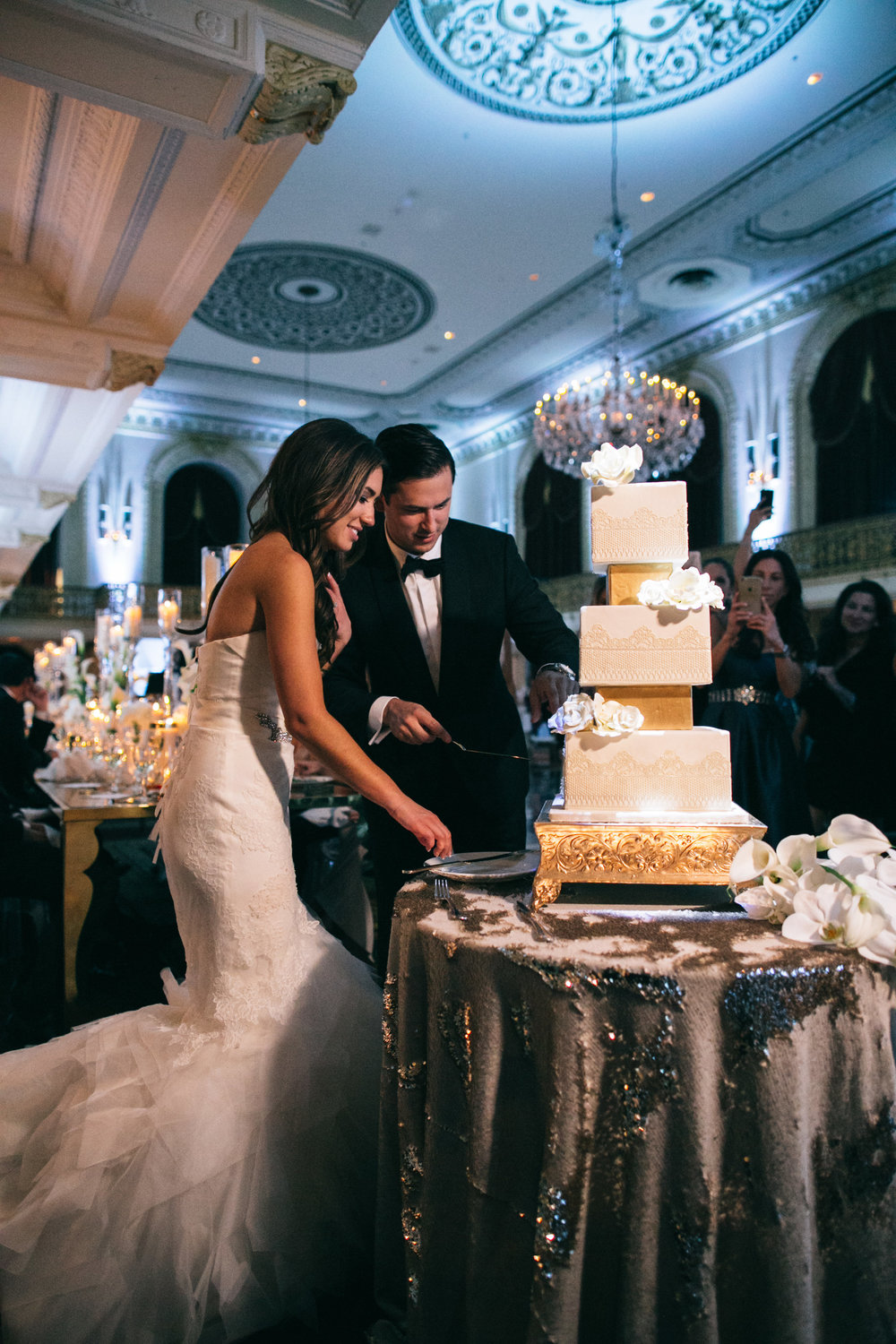 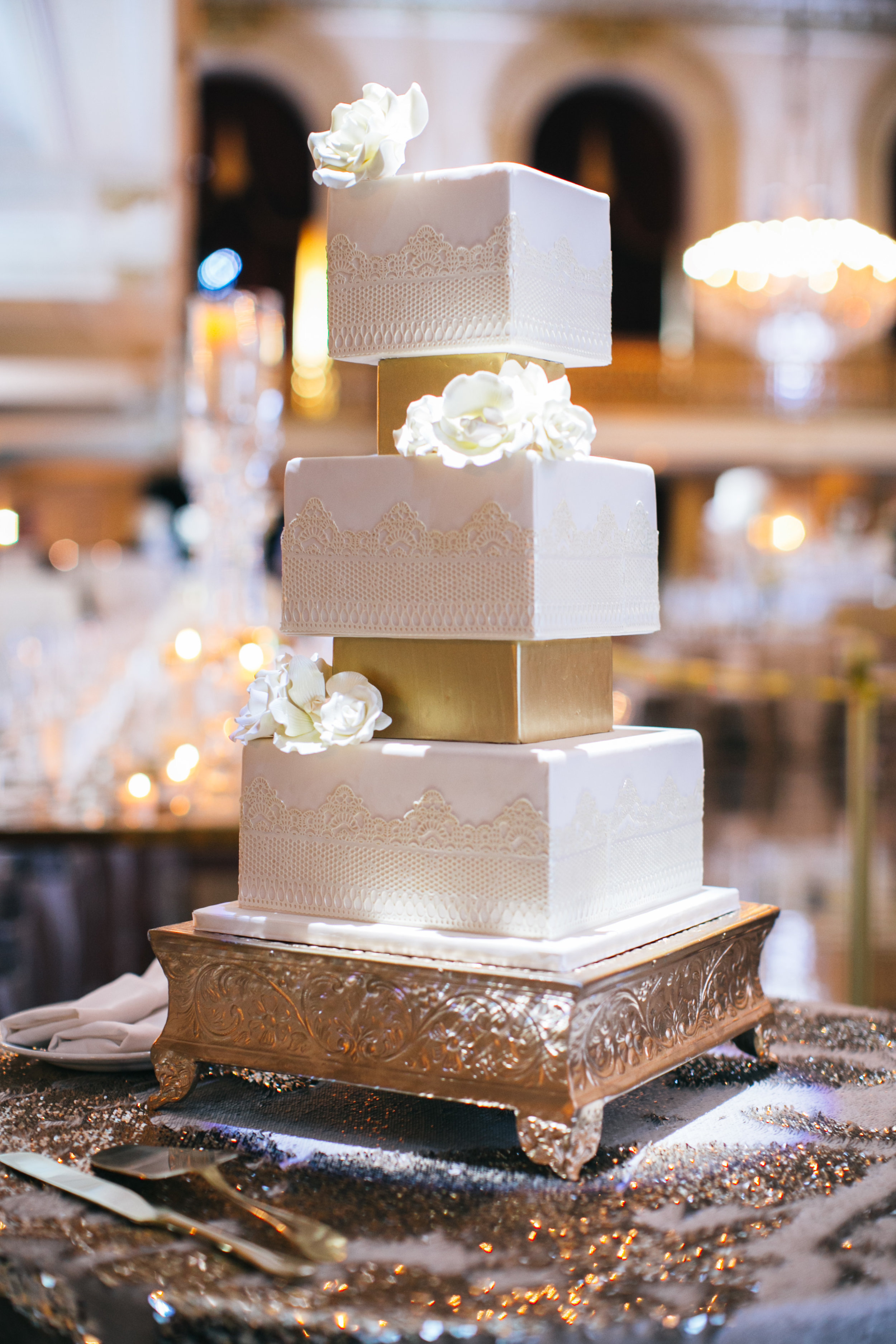 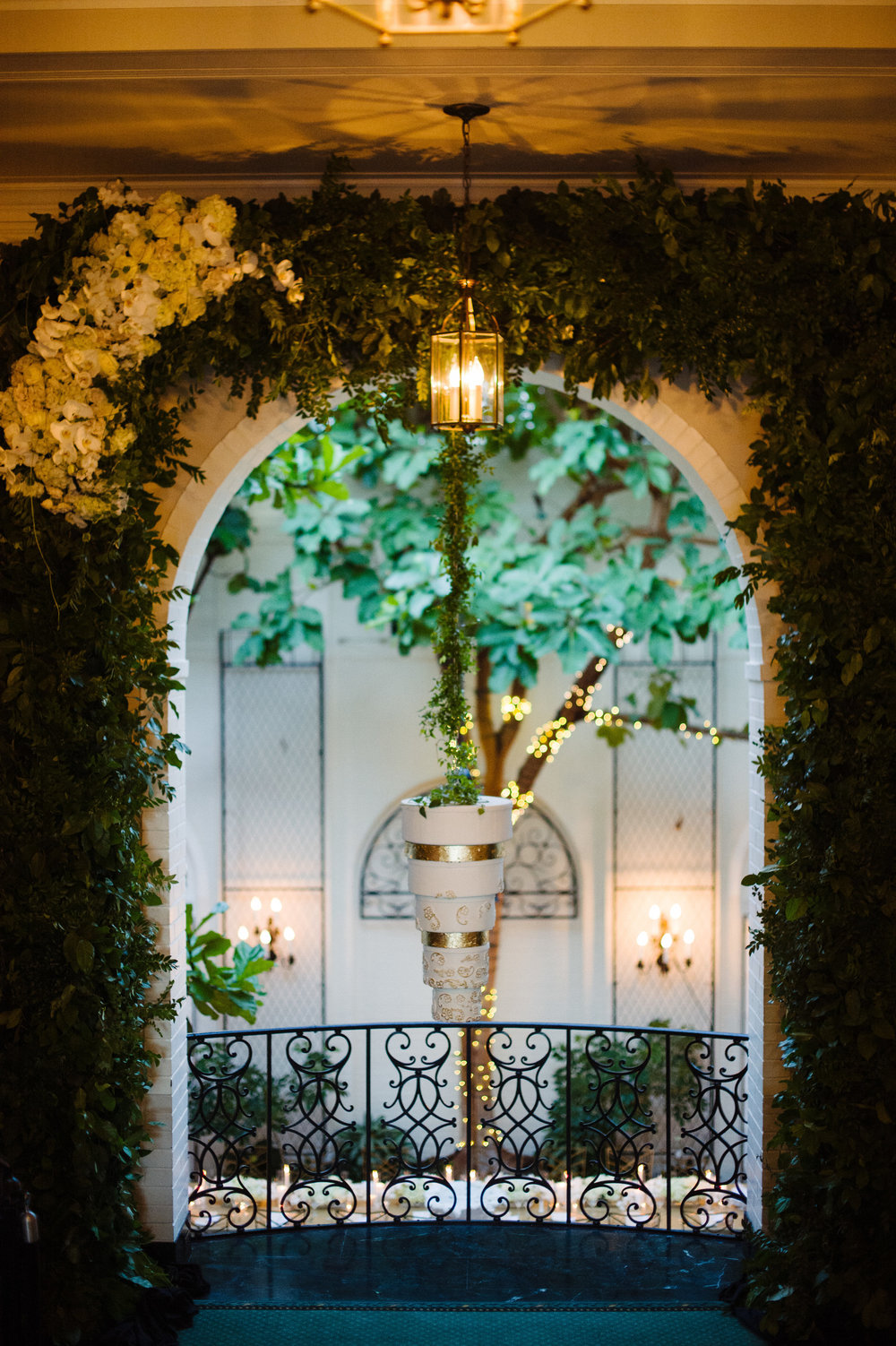 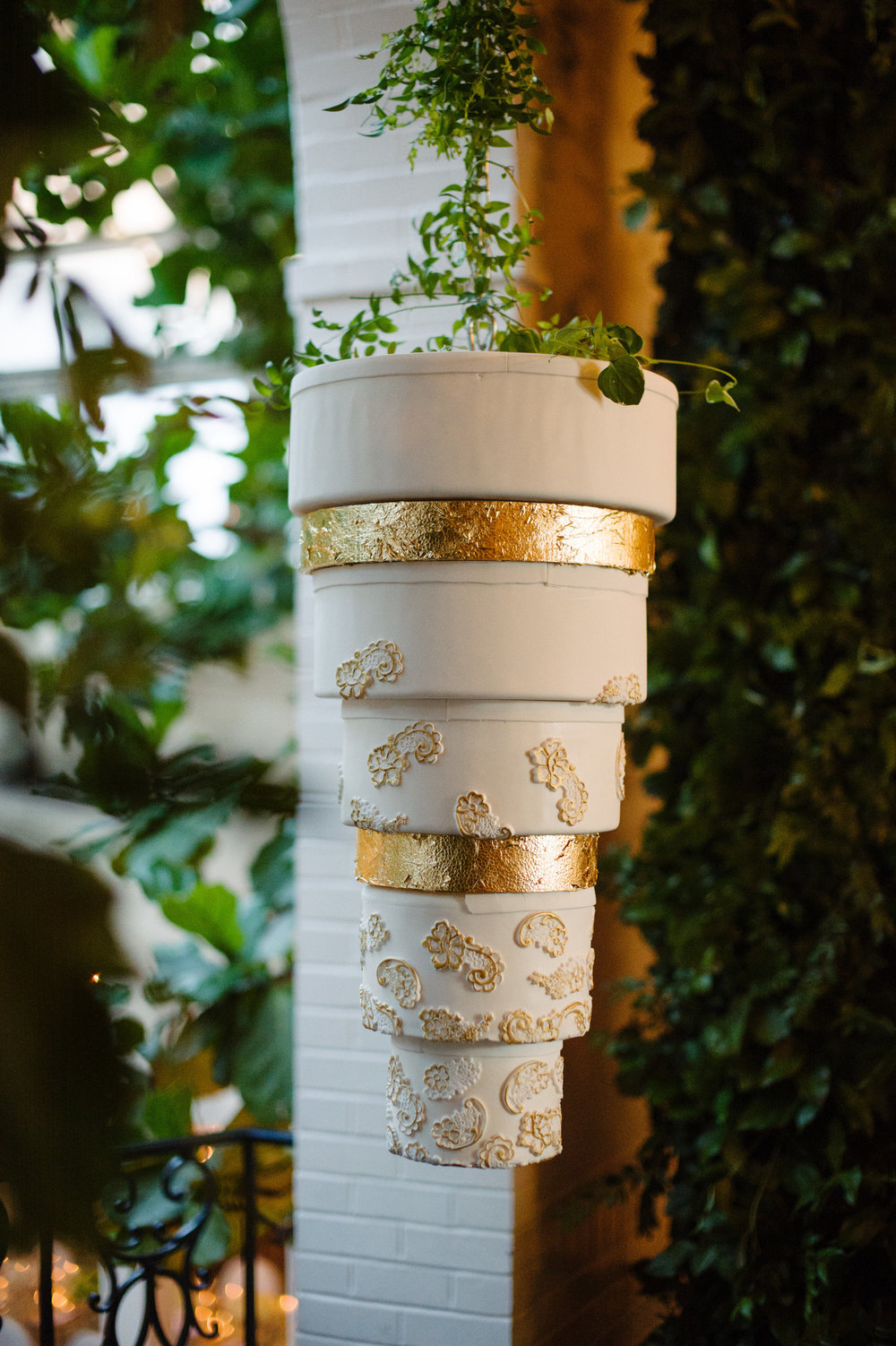 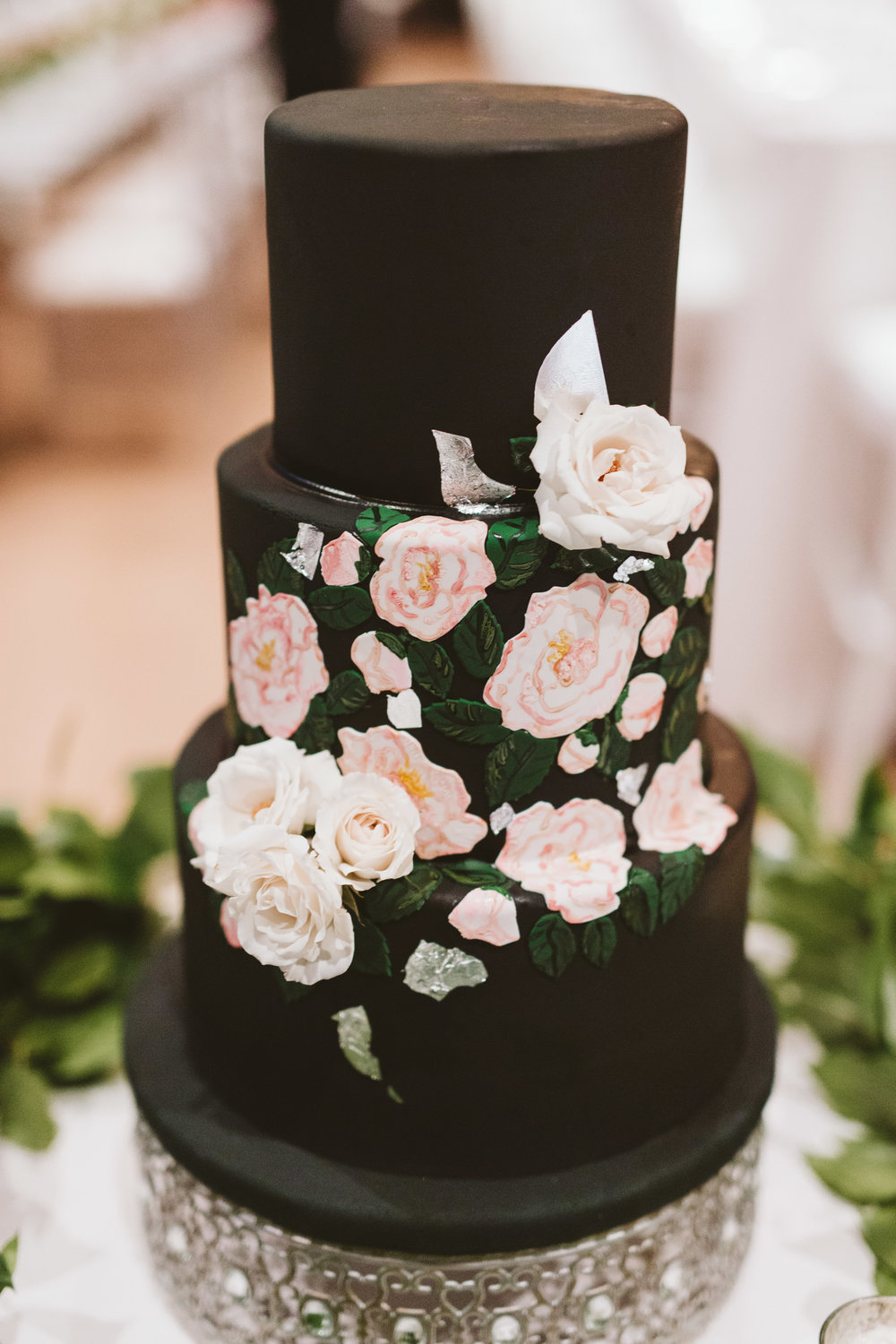 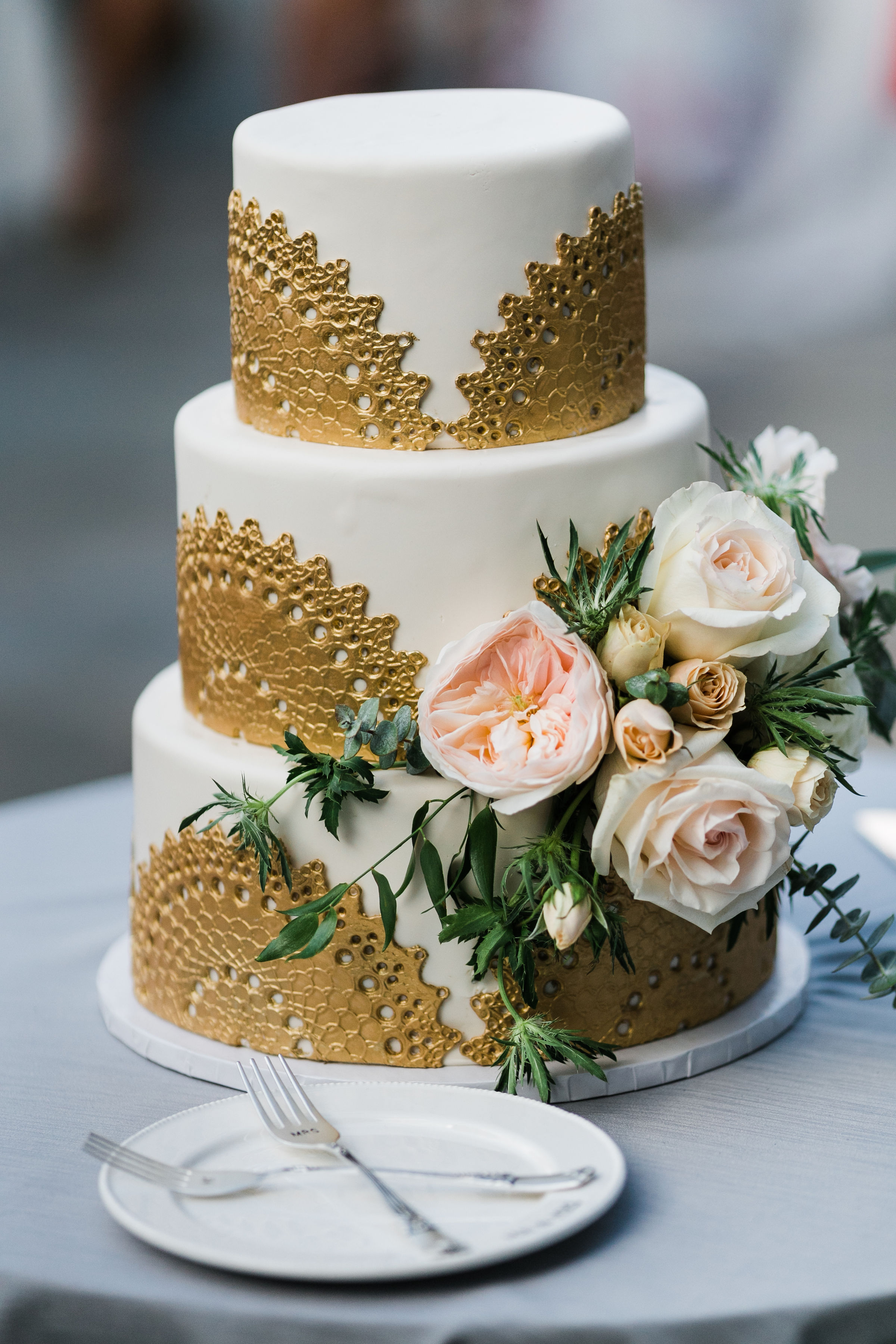 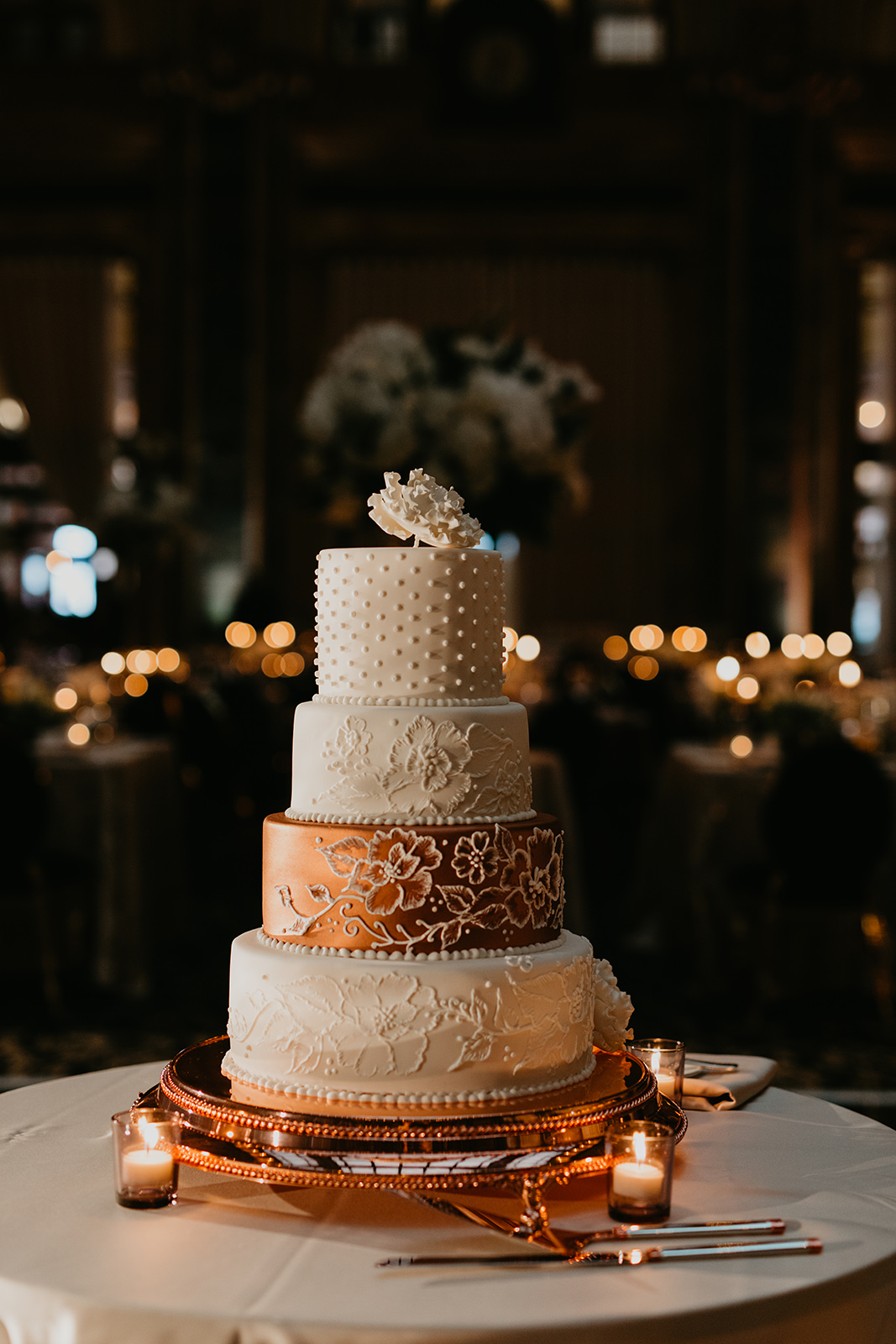 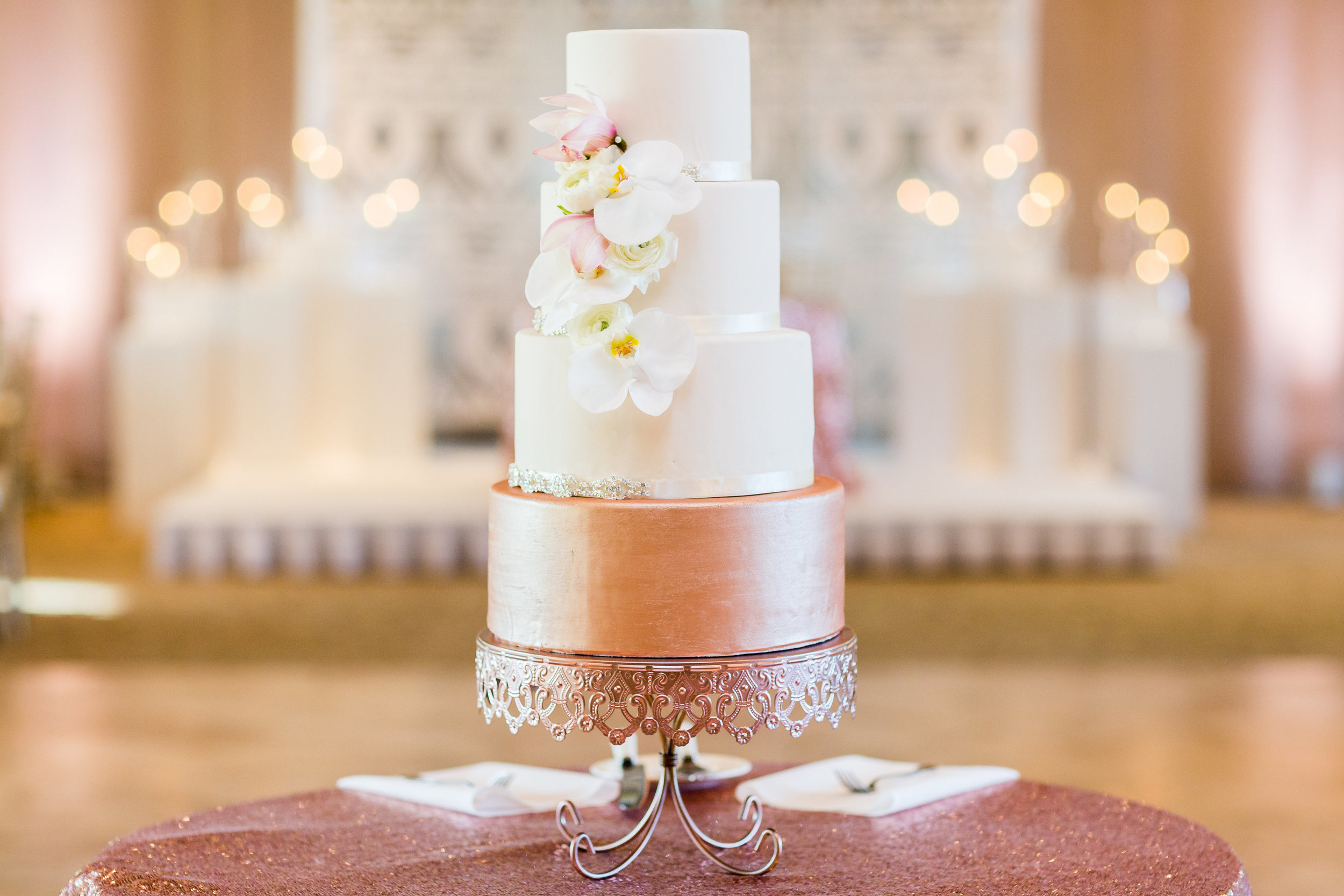 Which ones are your favorites? Leave a comment below! 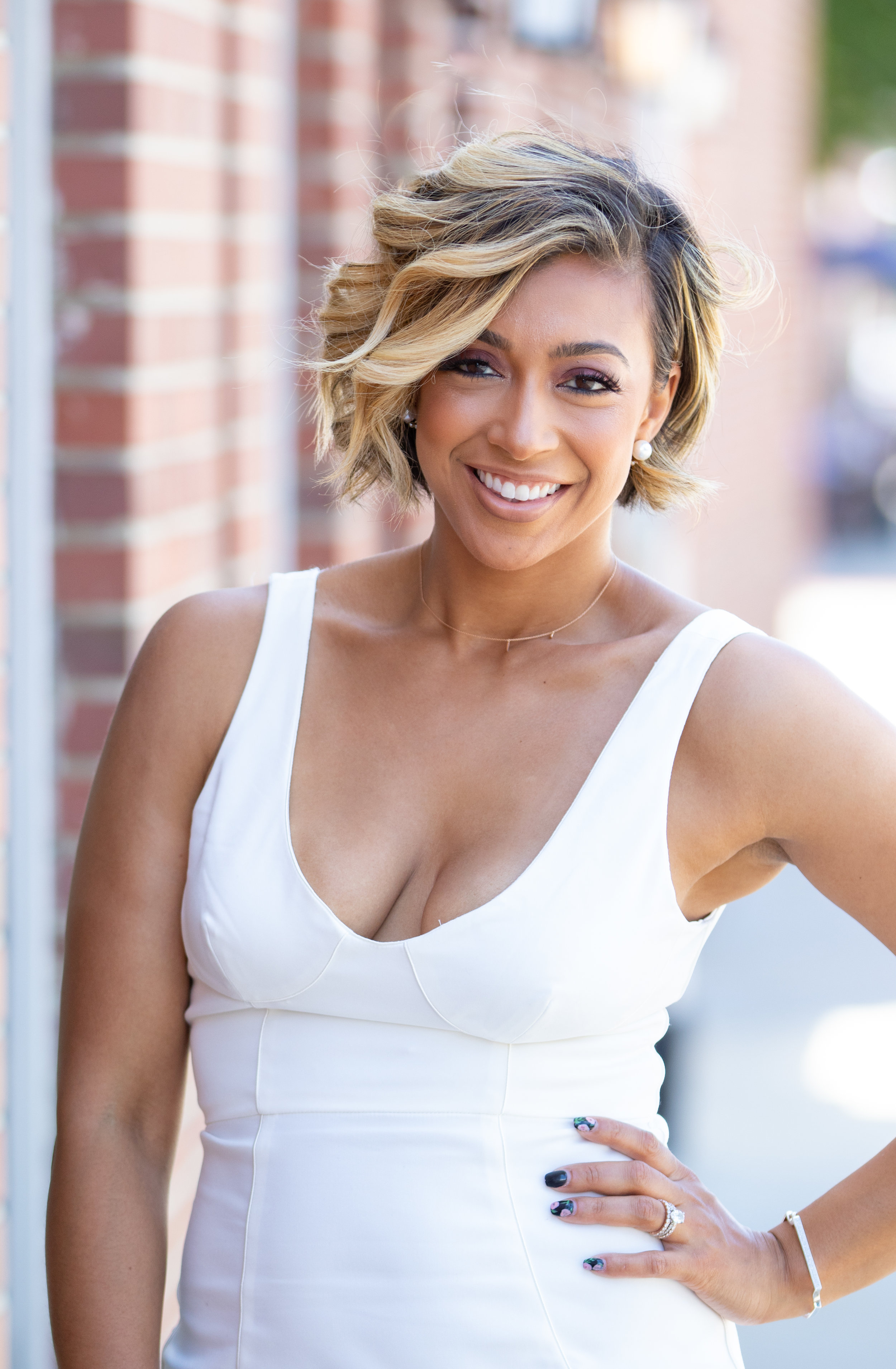 Principal, Lead Planner of {SHE} + Co-Owner of SLATE Studio

Despite being a planner + detail-minded person by nature, Alexis Allen never fathomed that she would be in her current position as an entrepreneur + wedding + event planner. As a two-time graduate of THE Ohio State University, she had her heart + mind set on reporting from the sidelines with a career as a sportscaster. All the while, she still had a huge passion for fashion, business + people.  After several twists + turns in her personal life + professional career, Alexis found herself returning to her hometown of Pittsburgh at the perfect time – {SHE} was growing! With work experience in higher education/non-profit sector + event planning, styling + executing social soirees + iDos was the “marriage” of all things {SHE} loved. Alexis is very much enamored with incorporating unique elements to make her client’s day one-of-a-kind. She is constantly in pursuit of making their vision + dreams come to fruition -- or even better – go beyond their imagination.

In August 2017, Alexis, with partner, Shayla Hawkins, opened SLATE Studio in Downtown Pittsburgh, which is coined as a blank, intimate space for flexible use + chic celebrations + known as one of the premier event locations in the area.

Alexis resides in the city of Pittsburgh with her husband, Will, a former NFL player who retired with the Pittsburgh Steelers after 12 years in the league, and their daughter, Eliana.