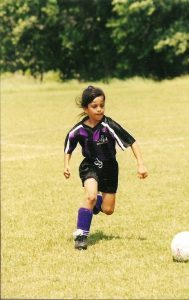 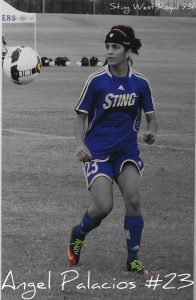 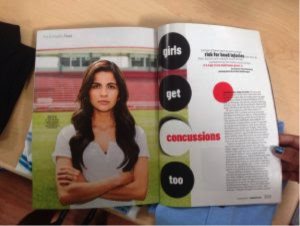 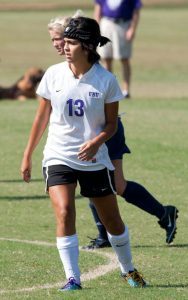 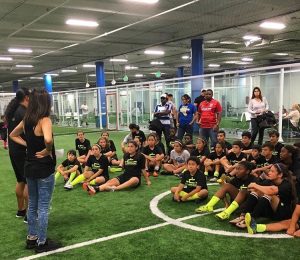 Sports take players, coaches, and fans on an emotional rollercoaster, giving the illusion that all that matters is winning or losing. That illusion is what pushes players far beyond their physical limit, injuring their bodies - and sometimes their minds - long term.

Omalu believes the problem is so severe that he penned a New York Times column urging parents to keep their children out of contact sports.

"If a child who plays football is subjected to advanced radiological and neurocognitive studies during the season and several months after the season, there can be evidence of brain damage at the cellular level of brain functioning, even if there were no documented concussions or reported symptoms," writes Omalu.

"If that child continues to play over many seasons, these cellular injuries accumulate to cause irreversible brain damage, which we know now by the name Chronic Traumatic Encephalopathy, or C.T.E., a disease that I first diagnosed in 2002."

The attention drawn to this issue in football players is positive, but it doesn't tell the entire story. Men aren't the only ones who suffer head trauma in athletics. In fact, evidence shows that women are at higher risk for concussions.

Angel Palacios, a former Ouachita Baptist University soccer player and fiancee of Indianapolis Colts CB Tevin Mitchel, knows firsthand what it feels like to suffer a concussion. A teammate slammed her head into Palicios' left eye during practice, swelling her eye shut. A 2014 Cosmopolitan article "Girls Get Concussions Too" told Palacios' story.

"Palacios staggered to the sideline and told the team trainer that she felt sick," read the article. "But she didn’t suggest Palacios visit a doctor. Instead, Palacios says she sent her home to rest with an ice pack. Palacios took a computerized concussion-reflex test, which was inconclusive because she had the use of only one eye.

"She holed up in her room for days with a migraine, leaving only for classes she couldn’t miss and to sit on the sideline during soccer practices — which is required of every injured player."

Four days after the injury, Palacios was expected to return to practice. She told her coach she didn't feel well enough, but was ordered to run laps. After completing one lap, she left the field and went to a hospital, where she was told to avoid physical activity for at least two weeks.

She was also told to give up soccer or risk permanent brain damage.

Advocating for All Athletes

The experience was jolting enough for Palacios to take part in a class action lawsuit against the NCAA along with 11 other athletes: nine football players, a hockey player, and a wrestler. She is the only female.

The players won the settlement, requiring the NCAA to impose strict new guidelines for diagnosing and managing concussions and other head injuries. The details of the settlement are still being ironed out three years later.

"The settlement does nothing less than change college sports forever," said Attorney Joe Siprut, who filed the first concussion lawsuit against the NCAA in 2011.

"Never before in the history of the NCAA have we seen a mandatory and consistent set of return to play guidelines that are enforced by the NCAA, and the medical monitoring program is the first of its kind."

The Unspoken Aftereffects of Concussions Talking about concussions as an abstract idea is one thing, but these head injuries are truly impacting the lives of athletes. Palacios suffered migraines for five months following her last concussion, unable to play, read, or watch TV. She also dropped all her classes.

Now, three years after her worst concussion, she still suffers from occasional migraines.

Adrian Arrington, who played football at Eastern Illinois from 2006–09, told Fox Sports in 2014 he began suffering seizures while he was still in college. At the time of the article, he was still suffering from seizures and couldn't hold down a job or be left alone with his three children for fear he would suffer another while they were in his care.

"I never knew anything or heard anything about the seriousness of concussions. I always saw the coaches be like toughen up and come on back and play."

Going Against the Grain

In a society that worships elite athletes, it doesn't compute to hold children out of physical sports, but it's what Omalu is suggesting. He compares it to laws for legal drinking age, consensual sex, and smoking.

"Our children are minors who have not reached the age of consent," he writes. "It is our moral duty as a society to protect the most vulnerable of us. The human brain becomes fully developed at about 18 to 25 years old. We should at least wait for our children to grow up, be provided with the information and education on the risk of play, and let them make their own decisions.

"No adult, not a parent or a coach, should be allowed to make this potentially life-altering decision for a child."