NFL WIVES AND GIRLFRIENDS ARE HOT!

If there was a poster for the quintessential NFL wife, Gisele Bundchen would be first in line. At least, this is what Google tells you. Here are the results of a Google search for NFL Wives. In 2015, you continue to see article after article on lists of the hottest and sexiest wives. Sounds flattering, right? Wrong! We get it, these women are beautiful, but just because a woman is beautiful, it doesn’t mean she’s open to being treated like a sex object. How is it that the media is void of a truthful and more meaningful narrative on the women who date and marry professional athletes? Does no one care about the women standing beside America’s beloved sports stars? Evidence suggests…people care!

The social media following of athlete wives like Ayesha Curry (1.6 million Instagram followers), Lauren Tannehill (30k Twitter followers), and Kelly Stafford (57k Instagram followers) prove that many people want a glimpse of the athlete lifestyle through the lens of the woman in his life. These ladies are examples of women who have reached celebrity status who arguably would otherwise be unknown to the public. They are unlike the WAGS who were celebrities prior to meeting their men. Gisele, the highest paid supermodel and wife of Tom Brady; Ciara, famous R&B artist and girlfriend of Russell Wilson; and Olivia Munn, famous actress and girlfriend of Aaron Rodgers, are a few examples. Some may hit the follow button strictly to admire beauty, but I find it difficult to believe that thousands and even a million people are that superficial. The bigger question then is…

Is the world not interested in hearing what’s inside the brain of these beautiful women? 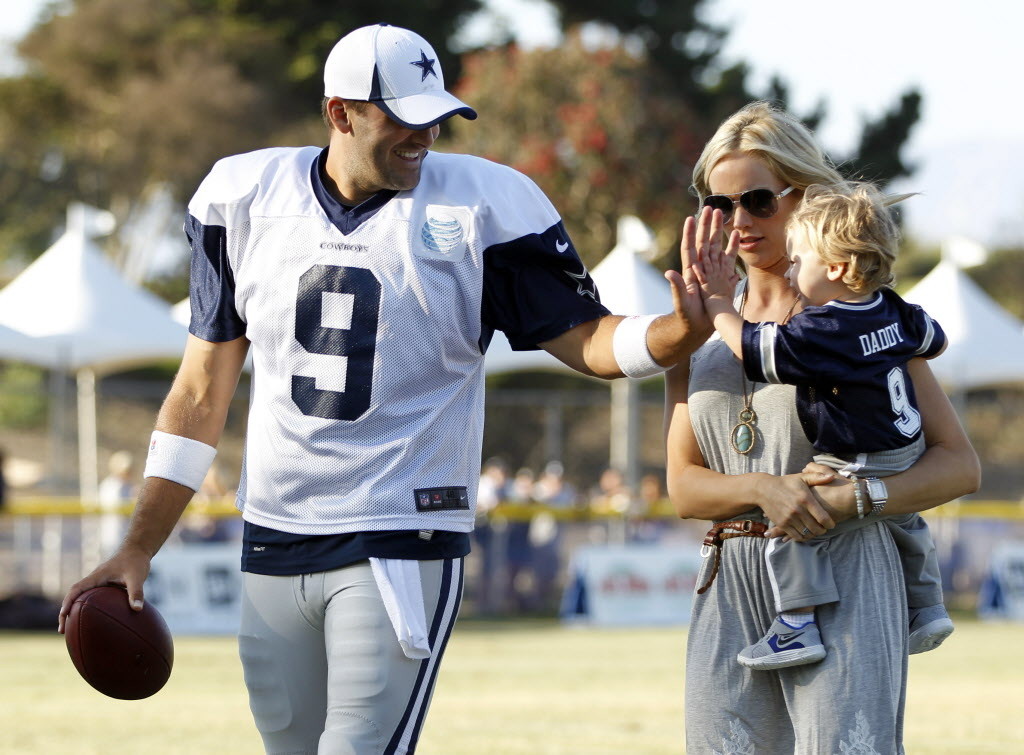 The degrading gossip and rumors that exist around the NFL lifestyle and NFL relationships is one of the main reasons I created WAGSRedefined.com. NFL women, as in those who marry and date NFL players, NEED a VOICE. Desperately.

Since we’ve established that many people want to know about pro athlete wives and girlfriends, why not give admirers a more in-depth understanding of what it is they seek? I refuse to accept that people merely want to hear gossip and drama-filled stories. I believe there are still Americans who desire to hear stories with substance – stories of women who live in a seemingly glamorous world but are actually pretty normal, and stories of REAL women who care after husband, home, and whatever else she’s passionate about.

There are successful sports gossip sites to prove that thousands if not millions of Americans WANT TO KNOW what’s going on in an athlete’s life (on and off the field, court, etc.). One website, terezowens.com claims to be “the world’s most popular sports gossip blog.” Terez Owens features stories on NFL wives like this story on Candice Romo, wife of Tony Romo, in the most superficial way. This is hardly a story but rather a segment on an NFL wife that goes no further than to culminate her best (sexiest) photos from the internet for oogling. Never mind that Candice graduated from the University of Missouri with a degree in broadcast journalism and a business minor. How about mentioning that prior to meeting her husband Tony, she was an on-air reporter for the CBS segment “The Blitz” which covered the Dallas Cowboys? How about the fact that she’s a mother to two boys? I know there’s a deeper story there. The media outlets just have to want to uncover it.

A VOICE FOR THE VOICELESS

Before this whole life, she was a simple recruiter for an IT company. If you’re pretty, smart, and have a good personality, you don’t need to recruit for any IT company for too long, ladies.” -Playerwives.com

Very few sites reporting on the women in professional athletes’ lives offer the voice of the women themselves. In fact, most of the time a gossip site has taken the VERY easy route of Googling the players and trolling social media to piece together what they think is that woman’s “story” and then reporting it as such. Evidence of this is seen on websites like Playerwives.com. The tagline for Playerwives.com is: reporting on the wives and girlfriends (WAGS) of pro athletes in basketball, football, baseball, hockey, and more.

Further investigation of the site reveals that the authors of the “WAGS bios” have not actually spoken to WAGS, but rather rely on stalking social media profiles and watching Youtube videos (or Google) to gather their information. Some of the authors even admit to this in their descriptions. The language used in most of these WAG bios is disturbing to an athlete wife like myself. For example, the parting sentence of one NFL WAG bio: "Before this whole life, she was a simple recruiter for an IT company. If you’re pretty, smart, and have a good personality, you don’t need to recruit for any IT company for too long, ladies.”

Disgusting much? Way to perpetuate the stereotype that athlete wives and girlfriends are merely waiting to be rescued and are incapable of creating a meaningful life for themselves. I understand that professional athletes and other celebrities are reported on without the need for an interview. However, these same people are often given the opportunity to use their voice at some point in other interviews. NFL women and other professional athlete wives are not given the same opportunity. Many NFL women are very private about their lives and feel the media has ill-intentions with information. You can see why. I am here to offer a solution to both the media and to pro athlete WAGS:

MY ADVICE TO THE MEDIA AND NFL WIVES AND GIRLFRIENDS:

TO THE MEDIA: Offer a more meaningful story to your audience on pro athlete WAGS. Interview them. Get to know them. Get to know who they are apart from the athlete in their lives. GAIN TRUST! This may take some time since many of you have already dropped the ball with this one. Need guidance? Read my FEATURED WAGS interviews.

TO NFL WIVES AND GIRLFRIENDS (AND OTHER PRO ATHLETE WIVES): Speak up! Use your voice. Reach out to reporters and people like myself who actually care about your side of the story. Stop thinking it’s not important what others think of you. Do your research and see what others think of us. People stereotype and make the wrong assumptions about our men and about us everyday. Does that mean we should stand by and do nothing? Should we give up our dignity and reputation and remain silent? You may say yes. I choose to do something.

If you would like to join me in my mission to change the conversation on women of professional athletes and athlete families, please email me. Let’s make a positive change in the world, one story at a time.