So, let me start off by saying I’m new to this world. Before I started dating my boyfriend, the world of WAGS and football seemed deeply mysterious and cloak-and-dagger. My perception was based off of what I read and saw, although I took this with a grain of salt, because making TV for a living let me know that situations are often glamorized and edited for drama. Yet and still, the stereotype is/was that WAGs are catty beauty queens who couldn’t care about anything beyond themselves, and needless to say, I didn’t want any parts of it. Long story short, after a beautiful friendship, then courtship, my boyfriend won me over with his intelligence, kind heart, and love of fishing, hiking, and hunting, oh, and did I mention he’s fine? But I digress, lol. The closer it drew to the season, the more activities I participated in with the team. I met some wonderfully talented, kind-hearted women at galas and dinners who welcomed me with open arms and vowed to show me the WAGS ropes. They fit no preconceived notion that I had. Their openness immediately shocked and warmed this cynical journalist's heart so I let my guard down. One particular woman was quick to show me the ropes, even though she’d just become a WAG herself. She picked me up from the airport when I flew in while B was practicing, I rode with her to camp, talked to her about the season, even let her in about my family- the way I was raised and how I felt about losing my mother a year ago. I trusted her. Stood up for her, and shared one of the most intimate parts of my life with her — my man. Slowly but surely she started talking to me and telling me the "business" of other WAG women that I barely knew. And then, through a series of unfortunate events, I found out that she’d been gossiping and talking about me. I should have known, my mama always said "if a dog will bring a bone, he’ll (or she’ll) carry it." She took my candidness for weakness, spread lies about me, including me being a gold digger (although I came to my relationship with money, a flourishing career, and everything in my name.) She even talked about my curves, my upbringing (my parents had been married 43 years before my mama died so somehow this made me “spoiled”), called me “Insta Thotty” because of the amount of followers I have-even with a feed that's devoid of risqué photos. She basically turned everything I told her into a falsehood or a reason she thought, that I thought I was better. Yes, I could have brushed it off of my shoulders as jealousy — let it go. I didn’t let on that I knew at first. I just sat back and waited for her to do it again. Screenshots from conversations she’d had about me confirmed my suspicions. Mind you - six months ago, I didn’t know this woman. I still don’t really know her but, through her lies and cattiness, her character was unfortunately revealed to me. 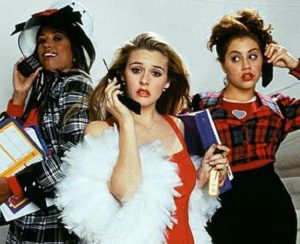 There are three things that don’t fly with me. Don’t talk about my God, my family (which includes my close friends) or my man. When lies got back to him from her mouth, I knew her drama had gone too far. How dare she? This isn’t Love & Hip Hop, this is real life. Drama during the season is a "no no" and during that period in time, we hadn’t even had our first home game. I let her know to keep our names out of her mouth and keep her drama and pathology to herself. I can bare the brunt of gossip — but to bring it to my doorstep? No. Why am I writing this proverbial dear John letter you ask? It’s because I thought of this: The world of professional sports goes beyond the field and the court. The support, love, and care we give our men — how happy and comfortable we make them is intrinsically tied to their success. But in that same vein, the support we give each other-woman to woman is so important as well. We share the same worries, the same fears, the same highs and the same excitement. As WAGS we understand the extra responsibilities that come along with dating our men, the stewardship, the service. We understand each other when it comes to this NFL world — best. We should be there for each other and we should be above the cattiness. We should seek to edify and uplift each other, support each other in person and in Christ. The world is judgmental enough towards women without adding the white noise of gossip to each other’s lives. I pulled this young lady up and I’ve forgiven her in my heart already because that’s what a Christian does. No need for negativity. If anything, I feel bad for her because whatever or whoever you believe in whether it be reciprocity or karma — they’re both real. When you aren’t supportive of one woman simply because you have unfounded hatred and immaturity in your heart, who will want to be around you and in turn support you? No one wants that negativity and hatred in their wheelhouse.

The season is officially here ladies! Let’s make an extra effort to support each other, to add happiness and positivity to one another's lives. Let’s all be the antithesis of the woman in this post. We all fall short but let’s stand up for camaraderie instead of cattiness.

With confidence, journalist Angel Elliott brings edge, impact, and unfettered truth to her news coverage. She started at BET News, producing news interstitials, specials, and live election coverage. By 20 she had already written and produced a documentary on the network, "Yes We Can: The Obama Speech Special." She is apart of the team that produced the NAACP Image Award winning election coverage, "The Inauguration of Barack Obama, 44th President of the United States;" and co-created, wrote and reported for the NABJ Award nominated, BET You(th) Vote!

As a producer and reporter for BET, and a BET.com host, she spear-headed content ideation and package creation, live reporting during to elections, culturally significant news events and uncovering untold stories. She also served as a host on the red carpet for award shows and show premieres.

She's a respected writer, covering topics from music to politics, pop culture to social issues for national publications like Complex Magazine, Vibe, and The Examiner.

Angel serves as a guest panelist for national conferences on media and interactive innovation. Angel is an ardent champion of environmental conservation, and is a member of the D.C. based Oceana, an oceans advocacy non-profit. She also started Pretty Girls Hike, a group who’s philanthropic mission is to bring girls to the woods, and build in them confidence and self determination.

She currently works as an investigative reporter and producer for The Real News Network.