Football fanatic families (say that 10 times fast) eat, sleep, and breath football...on purpose. My family does so by career-force, not by choice. For any athletic boy growing up in America, professional football (or any professional sport)is the ultimate goal. Their families dream of years to come filled with crisp, fall air while they cheer on their son with a sense of pride in their heart. A Friday Night Lights-type vibe. But not me. Before Andre and I had our son, we speculated what his interests, looks, and personality would be. It was a surprise to me when I heard Andre say he never wanted his son(s) to play football. I laughed as I reflected on our combined stubborn behaviors and thought of our offspring’s reaction to that command. 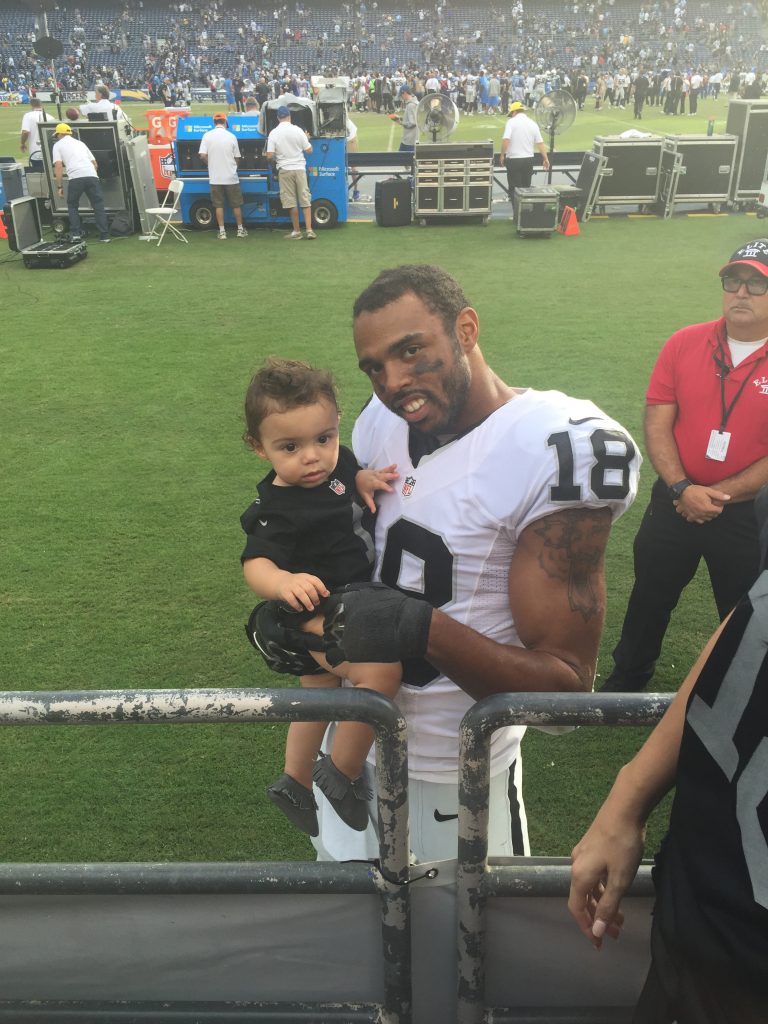 Micah is almost two, and we already get asked if he’ll play football ‘just like his dad.’ There is usually a surprised face that follows our response that our hope is he steers clear of the sport.

Diane Long, Howie Long’s wife, recently spoke at our annual Raiders Women's Association social. Her sons followed in their father’s footsteps and currently play in the NFL. I listened to her sadness as she spoke about the emotional toll a roster cut takes when you witness it as a mother—as opposed to a wife. Most of us have been through cuts. We have personally dealt with three and by no means was it easy. But watching my son be told he’s not good enough? That is another level of emotion I can’t begin to imagine. I sympathize with his future spouse and kids, if football is in his future. All the isolating and lonely nights with minimal emotional support.

Aside from the emotional side, I also stress about the physical aspect. The life-threatening world of the NFL, concussions/CTE, multiple surgeries, and life-long injuries. I wouldn't wish the things my husband's body has been through on my worst enemy– especially not my son.

Of course he will be a grown man sooner than I think and will be able to make his own decisions. He’ll find what makes him happy, and I hope that happiness is found as a mathlete or that he follows in my footsteps and joins the low-impact sport of swimming, haha. For now, I really just sit and worry–like all parents do best. I worry about a son who may want to play football.