Going to the Super Bowl has always been #1 on my bucket list, and is considered a once in a lifetime opportunity for most people. When I found out I had won the contest run by NFL WAGS, I was beside myself. Not only was I ticking this dream off the list, but my favorite team of all time was actually playing! I don't know what the chances of this happening is, but it happened, and there were a lot of things to organize leading up to it. It was a whirlwind trip, but the best experience of my life to date.  I just wanted to give a special thank you to LeShonda Martin and WAGS Redefined for gifting me with this amazing experience (two tickets to the Super Bowl)! I don't know if I would have ever had the chance to do something as special as this, and it meant everything to myself and my guest, CJ. We are forever grateful.

Words couldn't describe my experience, but I hope the pictures will help. 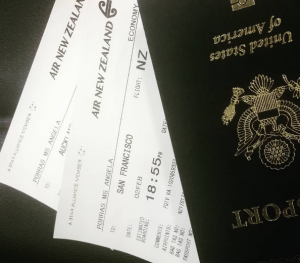 I was still in Australia when I was informed of my win, and wasn't set to come home for a few weeks. I quickly rearranged my flights from L.A. to San Francisco and packed my bags to leave a few days later! 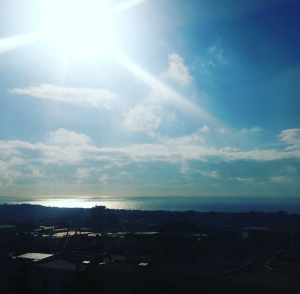 Trying to book a hotel a week before the Super Bowl would have been a nightmare if not for a dear friend residing in SF. Not a bad view! The luck continues... 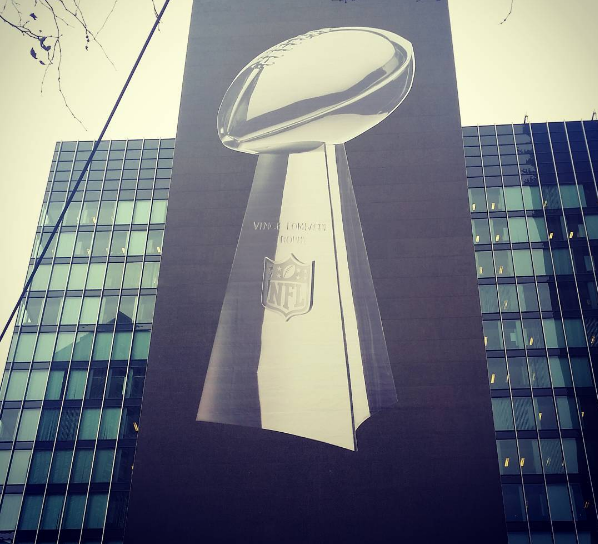 Once settled in, I had to explore the city. It was still very surreal at this point. San Francisco had really put a lot of effort into transforming the city for the big event! 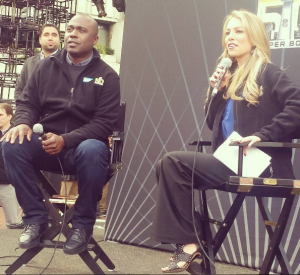 It's not every day you get to wander the streets and cross paths with NFL Legend Marshall Faulk! Throughout the week, many NFL players engaged positively with fans, and if you were lucky enough some of them even became your Lyft driver!

There were parties everywhere, even on Fisherman's Wharf! Some more exclusive than others, like this Denver Broncos fan party. My invitation was lost in the mail, but that didn't stop me from crashing it! 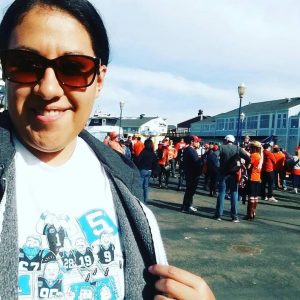 It wouldn't be a dream vacation without a little shopping. Not sure these are for me but just think: Someone in the world owns these shoes. 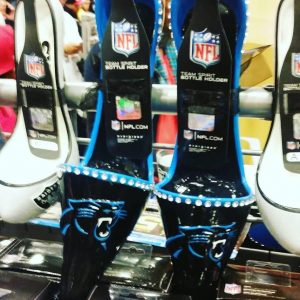 The night before the big game, Thomas Davis found out I played women's football. He was so impressed he called up David Gettleman and they put me on the roster. I didn't even have to try out. What are the chances? Not sure how Cam is gonna feel when he finds out he has to change his number. 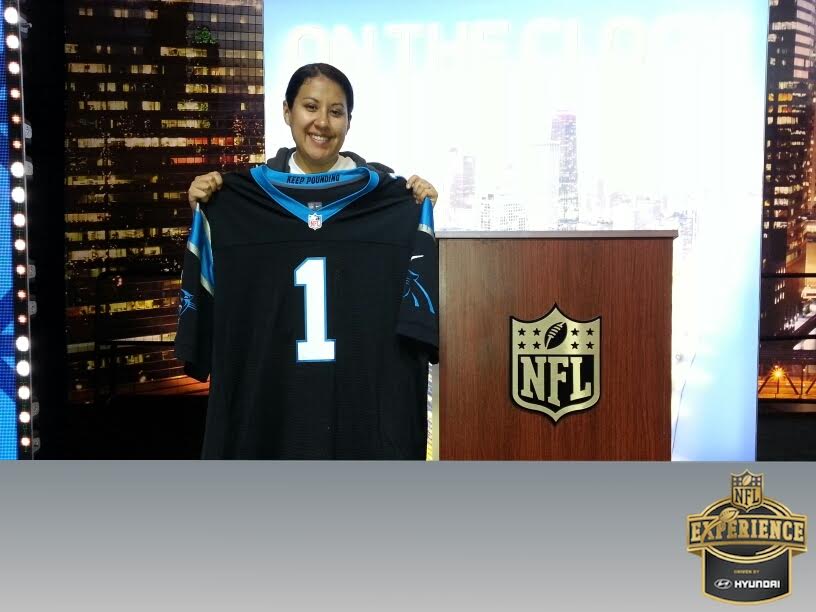 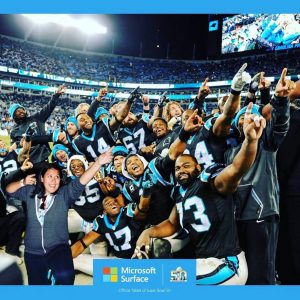 As you can see, I fit in just fine! 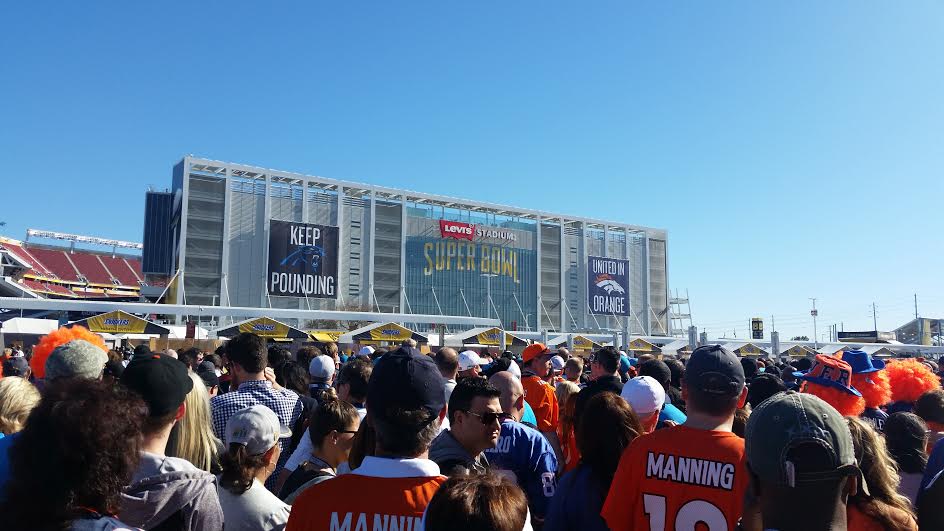 Finally! IT IS GAME DAY. I've never been more excited to be  smashed among the masses as we waited to get in!

The Super Bowl was a star studded event! Elvis even made an appearance, and he roots for the Panthers!!! 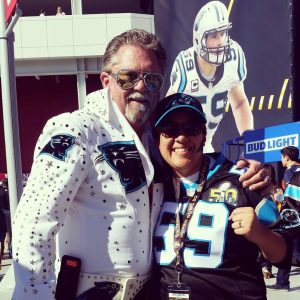 Sometimes you just need a larger than life LUUUUUUUUKE. 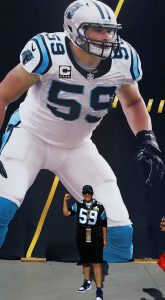 Here is the most surreal moment of the entire trip. I don't know how to explain the feeling I had taking this photo, seeing this field, getting ready to cheer on the Panthers. Soon after this photo was taken, Lady Gaga took the stage and gave a phenomenal performance of our National Anthem. It was truly an amazing experience.

The Panthers weren't doing so well going into the half, but in all honesty, it was REALLY hard to care once Beyonce hit the stage! All of the performers were incredible, but who can top Queen Bey?! 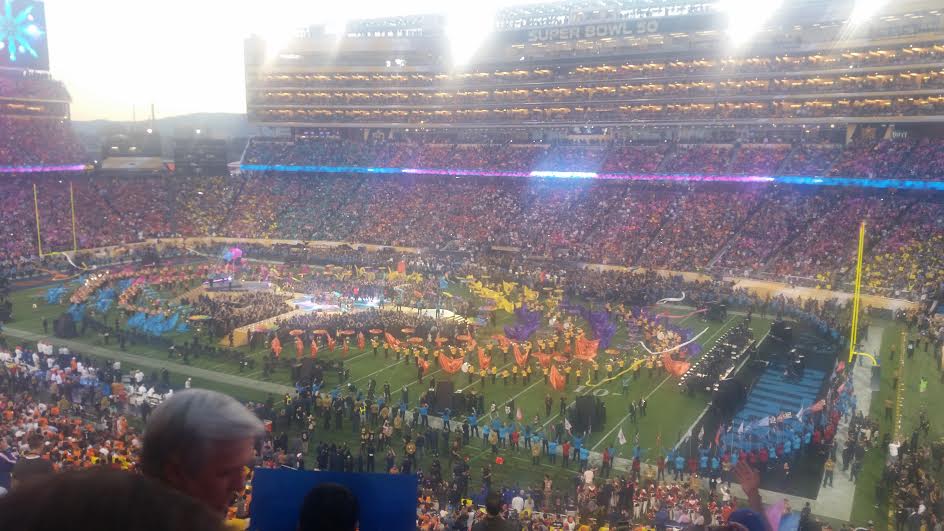 CJ and I were finally reunited on American soil on game day and had an incredible experience together, and I could not have won this competition without her. She had a crazier schedule than I did, and had no plans to travel to the U.S. until we won this competition. The day after the Super Bowl she flew back to Australia to participate in a football camp to try out for the Australian team! 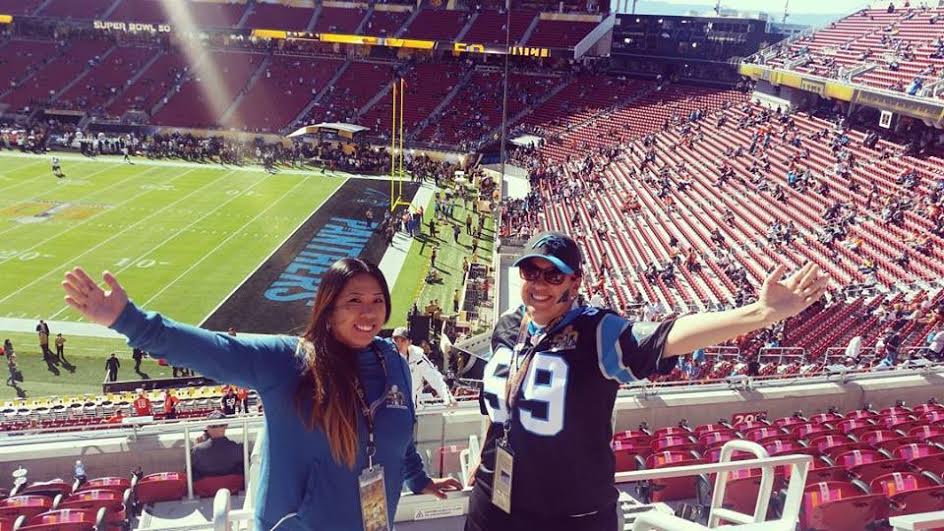 The outcome of the game wasn't what I had hoped for but I still left that stadium feeling like a winner. A lot of people apologized to me when I returned home, which was confusing. You win some, you lose some and it's your attitude that determines where to go from here. If I had known my team would lose, I wouldn't change a thing. 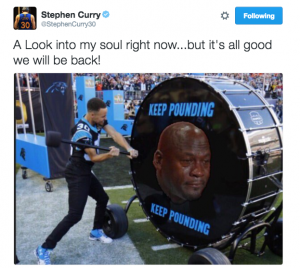